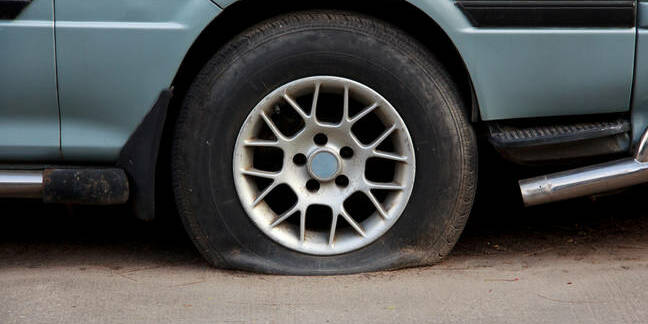 Analysis Updated HPE storage products products and more sales heads should bring in the dollars and end the storage growth doldrums, if analysts are to be believed.

Its 2018 third quarter results showed 4 per cent revenue growth, which is okay, and 173 per cent profits growth, which is great. But storage results were ho-hum, with revenues of $852.4m, up just 1 per cent on the $844m recorded a year ago.

Server units were down as HPE has extracted itself from the low-margin hyperscaler business, with units down in the low double-digit percentage area but ASPs up around 25 per cent.

Neri said in the earnings call that: “HPE Synergy delivered record revenue and has more than 1,600 customers.” Synergy is HPE’s composable infrastructure system.

Neri called out: “17 per cent growth in big data storage.” He expects; “improved organic growth in Q4 as we drive increased sales productivity and as our latest storage offerings gain customer traction.” HPE could do with that; it has no big-hitting all-flash array and updated 3PAR (with InfoSight) and Nimble offerings have yet to drive revenues higher.

Tom Stonsifer, the CFO, also pointed out that; “We should start seeing the benefits of the increased number of new sales specialists that we hired earlier in this year.” Taken with the 3PAR and Nimble product upgrades; “We expect the growth rates in storage to pick up next quarter.”

Neri emphasised this: “We are very confident about our ability to grow storage because we have a differentiated portfolio, very autonomous in many way, self healing.”

Rakers’ view on HPE storage was; “Revenue at $887m was below our $926m estimate.; +1 per cent y/y, which we view as negative given the relative strength seen in the overall storage market. Interestingly, HPE did not provide a growth disclosure for All-Flash (vs. +20 per cent y/y in F2Q18).” This was unlike prior quarters.

This implies that HPE all-flash array revenues were less than 20 per cent, which contrasts with NetApp’s estimated 50 per cent growth and Pure’s 34 per cent rise.

We don’t usually look at quarter-on-quarter changes but a year ago the third quarter’s storage revenues were up on the second and first quarter. Now they are down, indicating a pattern has changed.

Rakers takes the view that “HPE’s lackluster storage growth (+1 per cent y/y) validates NetApp’s views that the storage market could be at the early stages of share consolidation among top storage-focused vendors.” ®

No, we're not switching focus to Nimble, spokesman says