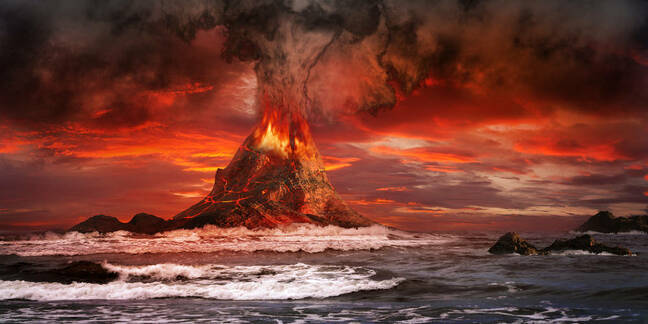 The largest mass extinction event in Earth's history may have been driven by incredibly violent million-year long volcanic explosions that destroyed the ozone layer some 250 million years ago.

Scientists call it the Great Dying, where almost 90 per cent of creatures perished at the end of the Permian era. Animals in water and on land succumbed – even insects, the hardiest group, couldn’t escape the devastation caused by the eruption. The massive upheaval occurred in a region today known as the Siberian Traps in Russia.

“The scale of this extinction was so incredible that scientists have often wondered what made the Siberian Flood Basalts so much more deadly than other similar eruptions," said Michael Broadley, a postdoctoral researcher at the Centre for Petrographic and Geochemical Research in Vandœuvre-lès-Nancy, France.

The results published in Nature Geoscience found that the older rock was packed with chlorine, bromine, and iodine – all chemical elements belonging to the halogen group on the periodic table. But after the volcano exploded they all vanished, leaving the geologists to speculate that they leaked out to the atmosphere during the cataclysmic event.

Many compounds containing halogens are banned in aerosols as they are well known for destroying the ozone layer, a natural shield against the Sun’s harmful ultraviolet radiation. Halogens act as a catalyst and react readily with ozone molecules to break them apart.

Huge volumes of volatile halogens escaped from the Earth’s crust during sustained volcano eruption which lasted a whopping million years long. The gases punctured holes in the ozone layer and devastated it, leaving Earth and all its life irradiated to UV light, so the theory goes.

"We concluded that the large reservoir of halogens that was stored in the Siberian lithosphere was sent into the earth's atmosphere during the volcanic explosion, effectively destroying the ozone layer at the time and contributing to the mass extinction," Broadley said. ®