Toshiba crams 14TB into another helium drive, this time with SAS boost

MG07SCA is a workhorse designed for constant use

Like the SATA-using MG07ACA, the catchily named MG07SCA comes with 12 and 14TB capacities but uses a dual-port 12Gbit/s SAS interface instead of the 6Gbit/s SATA link.

The MG07ACA has already spawned an MN07 NAS drive in 10TB and 14TB capacities. Both Western Digital and Seagate have 14TB helium-filled drive products and product categories spread out as the technology matures.

The MG07SCA, which effectively replaces Toshiba's MG06SCA air-filled drive with its 6Gbit/s SAS interface and 10TB capacity, is intended for constant use. It is said to be 50 per cent more power-efficient than the MG06, and has a 2.5 million-hour mean time to failure rating, 550 total TB transferred per year workload rating and 600,000 load/unload cycles. 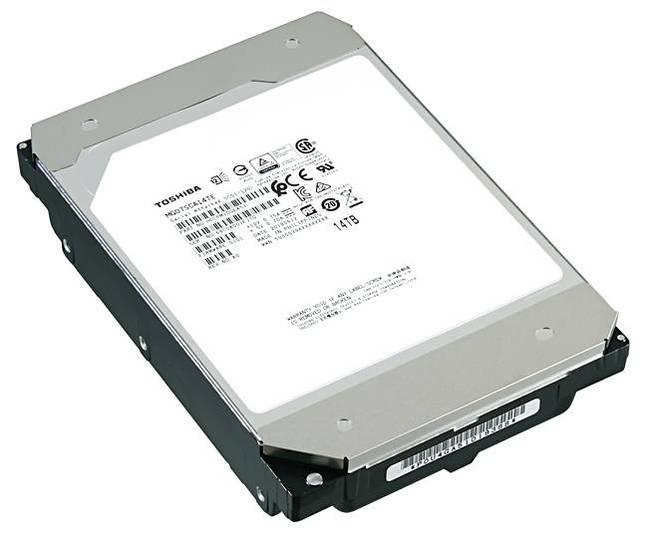 There are nine platters in the 14TB product; we understand there are 8 in the 12TB model.

Now that all three drive manufacturers have 14TB products, and Seagate is anticipating shipping a multi-actuator 20TB HAMR-technology product in 2020, we ask ourselves if there will be one more capacity jump with current magnetic recording technology before then? Perhaps to 16TB? The manufacturers have kept shtum.

Toshiba's MG07SCA drive is sampling now. You can check out a spec sheet here. ®