The drive uses NVMe flash across Thunderbolt 3, we understand, to get from that interface's 40Gbit/s to the device's claimed 2.8/2.3GB/s read and write speeds. 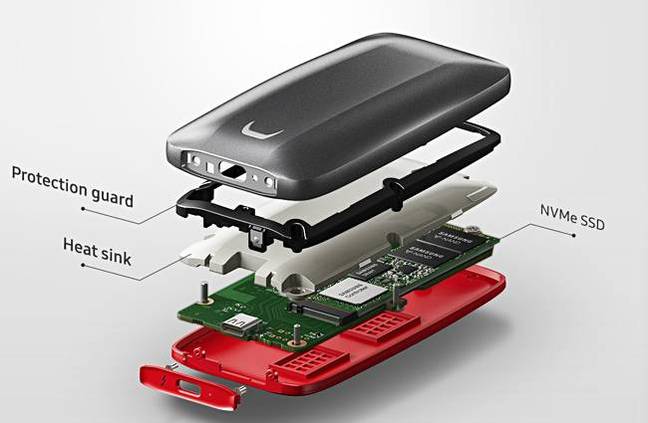 The drive weighs 150g, is shock-resistant, has an internal heat sink, and a ridged orange under-surface to reduce desktop slippage and make it more secure when held. There is optional password protection with AES 256-bit encryption, and a three-year warranty.

Host software compatibility is with macOS 10.12 or higher and Windows 10 Creators Update (64-bit) or higher.

This X5 is a challenge to Seagate and Western Digital's own portable SSDs, now relegated to the slow lane. Expect me-toos to appear rapidly.

The drive will be available in the US from 3 September. ®