NetApp has produced a verified architecture for VMware on its Element hyperconverged infrastructure (HCI), promising deployment in under 30 minutes if its rules are obeyed.

VMware Private Cloud (VPC) is basically VMware installed on-premises. NetApp's Element HCI is, as we understand it, a converged system, with separate compute and storage nodes which scale independently, and are claimed to function as a single effectively hyperconverged system.

Hyperconverged systems came about to simplify obtaining and deploying IT because the complexities of buying and installing separate compute and storage systems were becoming too much.

NetApp introduced its Element HCI in June last year, with vSphere support and a NetApp Deployment Engine (NDE) facility to set the nodes up.

And now it has published a 34-page NetApp Validated Architecture (NVA) document (PDF) for setting up a VMware Private Cloud on NetApp HCI; obviously IT life in hyperconverged land isn't that simple.

It describes how the Element HCI hardware starts from the minimum 2-chassis point, with two compute and four storage nodes, and expands out to 64 compute nodes and 40 storage ones. NDE manages the hardware configuration and deployment after you have racked and stacked the HCI chassis and external switches. 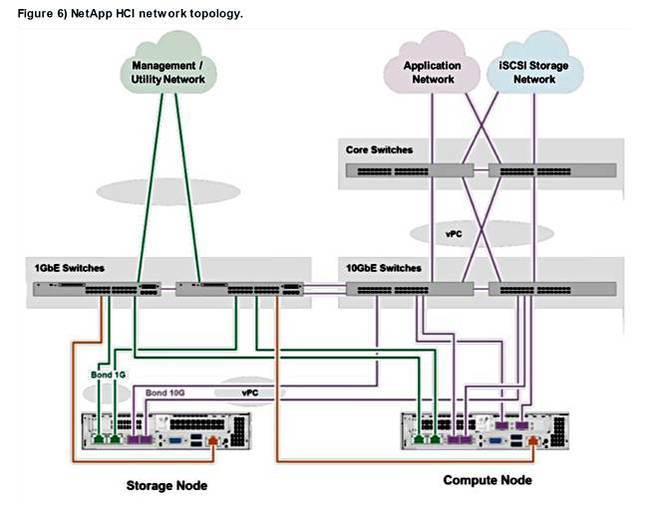 NetApp said the HCI installation time ranges from approximately 35 minutes – although earlier in the doc it says it will be "functional" in under 30 – for the small configuration. You should expect approximately one hour install time for the largest configuration. Best RTFM check through the document to get a steer on what's involved. ®