Lyon for speed, San Francisco for money, Amsterdam for fun: the best cities to be a techie 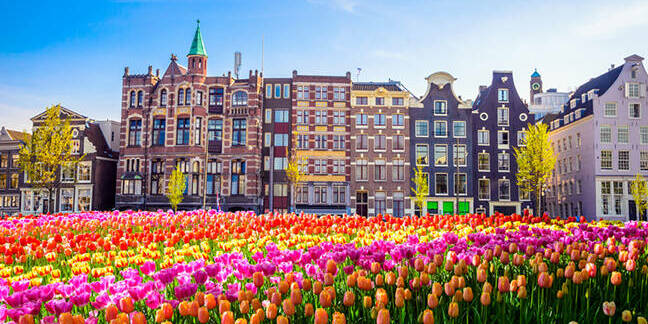 We have some good news. The number one place in the world if you work in tech is Amsterdam. And that's on criteria ranging from broadband speed to salary to the number of electric car charging points.

But before you pack your bags and book a flight to Schiphol, however, you should consider that while the city famous for its canals and permissive lifestyle does best overall, it has pretty bad broadband speeds, scoring just 1.78 out of 10 in a comparative index put together by electrical reseller RS Components.

If speed is what you're looking for – more than, say, affordable living, a country-wide commitment to cybersecurity or commute time – then Lyon in France is the place to go. It helps that Lyon is also a pretty nice place. But access to electric car charging points sucks, and tech salaries aren't great either.

If filthy lucre is what floats your boat then, of course, San Francisco is your Mecca. But, no surprise here, the City by the Bay has terrible broadband and isn't very affordable. It does do well on equal gender pay however. It comes 15th overall.

The least affordable cities? Again, hold on to your hats: London and Singapore.

What's to recommend London? Surprisingly, not that much beyond the fact that the UK overall is a pretty tech-oriented country. It comes top for electric cars but the cost and lengthy commute drag it down to 33rd out of the 90 cities reviewed; Singapore does slightly better at 30th.

The quality of living index is won by Vienna – why is it always Vienna? Followed by Zurich and Munich. Three cities that we can confirm are actually pretty lovely.

The US is also one of the most affordable countries in terms of property with nine of the top 10 cities. Unfortunately though that's due to the decline of cities in the middle of the country that have still not recovered by the property crash while tech wages have remained comparatively high. Devastated Detroit tops the list, then Pittsburgh, St Louis and Houston.

If you can't get into the US because you look vaguely foreign, then Europe is, unsurprisingly, the place to go. As mentioned, Amsterdam steals the top spot but then there's Oslo (3), Geneva (4), Zurich (5) and Berlin (7).

Most surprising? Hong Kong in 81st position – not for any great reason, just under-performing across the board when compared to other global cities.

Outside of North America and Europe, the highest ranking city is Brisbane in Australia, coming 29th (Sydney is 46th and Melbourne 47th).

But, yes, Amsterdam does it again. You have to hand it to the Dutch. ®