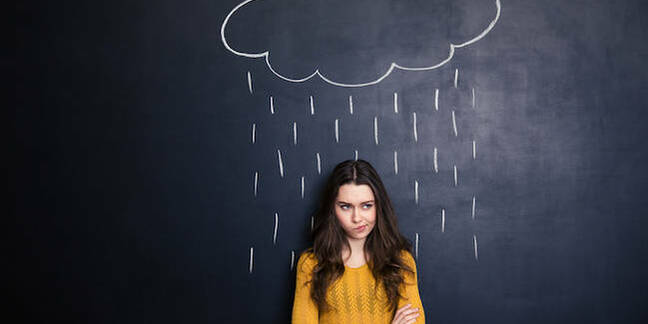 Folks around the planet are today unable to use Microsoft Skype and Office 365's Outlook due to a baffling "Throttled" error message.

The weird text box pops up in the chat software and cloud-backed email client, preventing people from sending messages, and talking to contacts.

This is, according to Microsoft, due to a botched update to Azure's backend authentication systems. The internal upgrade was introduced as its engineers brought servers knocked out by storms in Texas back online, and promptly broke Outlook and Skype. Outlook Web Access is said to be unaffected.

According to mailing list chatter among IT bods and other sysadmins seen by The Register in the past hour, as well as tweets and Reddit threads, the outage is hitting businesses and subscribers at least throughout America, Canada, the UK, and Europe.

A representative for Office 365 team confirmed a few moments ago: "We're taking corrective actions to address an issue in which users are receiving a message indicating that they are being throttled when accessing Outlook or Skype. More details on this event can be found in the admin portal under EX147785."

The downtime is linked to Azure's nightmare week, in which tropical storms and lightning strikes caused a power spike in Microsoft's Texas data center, knocking out cooling systems and forcing servers and services to shut down.

As Microsofties worked to bring the South Central US facility back online – under the support ticket MO147606 – they introduced a change to Office 365's authentication system. That internal update, according to a note to customers seen by El Reg, was hoped to remedy the outage, but instead led to today's TITSUP situation – seemingly a total inability to support users' passwords:

Impact: Users may receive a message indicating they are being throttled when accessing Outlook or Skype.

Current status: As part of our follow-up remediation actions stemming from the issue reported under service incident MO147606, an update was introduced to the components that manage authentication. We've determined that this update has resulted in users receiving a message indicating they are being throttled when attempting to access Outlook and Skype. We're reverting the update to remediate the problem.

Scope of impact: This issue could potentially affect any of your users intermittently if they are routed through the affected infrastructure.

Preliminary root cause: A recent update to components that manage authentication requests has resulted in users receiving a message indicating that they are being throttled when accessing some Office 365 services.

The upshot is that while trying to log into Skype or the Outlook Office 365 service, punters today saw the following odd error box:

Several Outlook and Skype users are reporting a “Throttled” message when they attempt to login. This appears to be an issue with Office 365 authentication servers. If you’re unable to use Outlook, we recommend trying to use OWA at https://t.co/A58501JtfT. pic.twitter.com/Fta361qEbv

A spokesperson for Microsoft told us she would get back to us with more information as soon as possible. We understand the dodgy backend change has been backed out, so you may be able to log into Skype and Outlook by the time you read this. ®