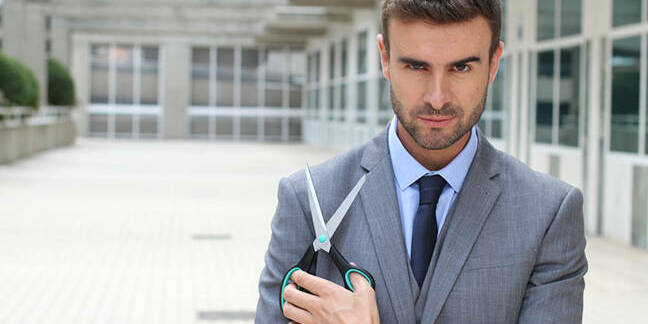 Google Chrome has suddenly stopped displaying www. and m. in website addresses in its URL bar, confusing the heck out of some netizens.

The move apparently cuts down on unneeded "trivial" characters that normies and techies alike shouldn't, according to the browser's developers, worry about in 2018.

The more cynically minded reckon, perhaps correctly, that this is the first step in Google switching up the way Chrome displays URLs, such as hiding the fact that a webpage is served using Google's phone-friendly site-gobbling AMP system.

The truncation is the result of Chrome programmers considering www to be a "trivial" subdomain, and setting it to be removed from the address bar. Users who want to reenable the full display of subdomains can do so by changing a flag setting at...

Clicking in the URL bar to edit the address also shows the full string. We note that Apple's Safari also hides URL characters.

Google AMP supremo whinges at being called out on team's bulls***

Google’s decision sparked fierce criticism from some peeps, who noted that the move could have serious consequences. As multiple folks have pointed out in a Chromium bug report about the missing letters, the absence of www. can mislead people into thinking they're at the wrong site. For example, www.pool.ntp.org and pool.ntp.org are two very different services – the former being a website, and the latter a round-robin of NTP time servers.

“This is a dumb change. No part of a domain should be considered ‘trivial’,” noted one bod.

“The marketing world has done a lot of damage convincing people that 'www' is both ubiquitous and non-essential, when in fact, for some domains, the use or lack of it can be quite important to getting to the correct location.”

Others suggested the move is part of a larger effort by Google to hide the inconvenient fact that many websites – including El Reg, we must admit – are served using Google's mobile-optimized AMP tech, or via Google's AMP cache in which the ad giant gets sites' web traffic all to itself.

“Come on, you know where this is going: they are going to hide the AMP subdomain, so you don't know if you're looking at AMP or the actual destination,” noted one techie on Hacker News. “And then suddenly the whole world funnels through AMP.”

Google earlier this month floated the idea of urging the world to scrap URLs and replace them with something else, in a neatly placed WiReD article, though no specifics were offered. Perhaps this is just the opening salvo in that war on the URL. ®

Browser will remain gratis, optional $$-per-month services to be offered later this year