People's confidence in orgs holding personal data is... on the rise? 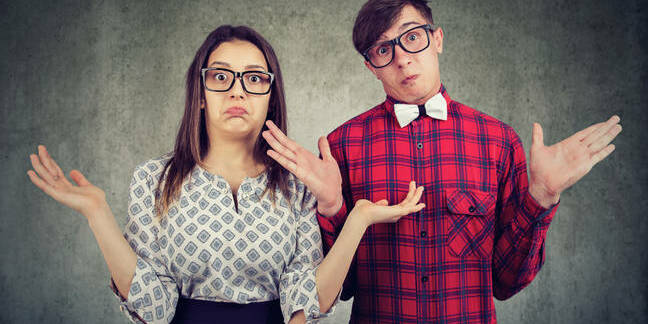 People are more trusting with their data than they were last year – despite data harvesting and breaches dominating news agendas throughout 2018.

According to a survey commissioned by the UK's Information Commissioner's Office, one in three people reported high trust and confidence in organisations that store their personal info, up from one in five in 2017.

Of the 2,131 respondents, who were quizzed on 23-25 July, just 9 per cent reported having no trust and confidence in firms holding their data – down from 14 per cent last year.

The benchmarking research, which monitors public perceptions of technology, suggests that increased coverage of data protection issues this year has raised people's awareness.

More than half of people claim they know about the General Data Protection Regulation and a further 29 per cent say they have heard of it but don't know anything about it (El Reg is slightly in awe of the 16 per cent that managed to avoid it entirely).

Respondents are also more aware of the ICO after its recent foray into the mainstream press, with 33 per cent listing the watchdog as one of the places they'd go for advice on protecting their personal data, up from 16 per cent last year.

However, it might be a blow to the commissioner's ego that the body is beaten to the top spot by both the Citizens Advice Bureau and, er, "search engines" – which were picked by 44 per cent and 49 per cent of people, respectively.

At the same time, social media messaging platforms were the least trusted group, with 60 per cent reporting low levels of trust. In comparison, 65 per cent said they had high levels of trust in the NHS or local GPs with their data.

This was followed by the police (54 per cent) and national government (51 per cent) – suggesting that headlines about Facebook and Cambridge Analytica have had more of an impact than Whitehall data-slurping.

People's main concern was that their personal information would be stolen by criminals. This was followed by it being used for online tracking, and that it would be used for automated decision-making.

Commissioner Elizabeth Denham welcomed the fact that people "have woken up to the importance of personal data and how it's used", and that technology shouldn't "race ahead" of people's rights.

"Individuals should be the ones in control and organisations must demonstrate their accountability to the public," she said. ®