Look at me! Phone industry contracts nasty case of 5g-itis

Our 5G is bigger and better than theirs, promise Ericsson, Verizon, T-Mobile and AT&T 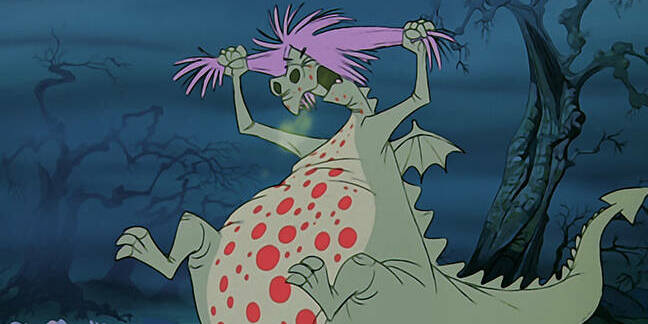 It may not exist yet but the mobile phone industry is determined to let everyone knows that when it does, their 5G is going to be the best.

On Monday AT&T held a special one-day conference focused on promoting its efforts over the next-generation standard that will offer super-fast cellular internet. Today, Ericsson, T-Mobile and Verizon joined the fray.

AT&T announced it has carried out the world's first real-world phonecall over 5G at the weekend; Ericsson says it will do the same tomorrow - Wednesday - at the Mobile World Congress Americas (MWCA) in Los Angeles, claiming another first: a public demonstration of the new technology.

Meanwhile, T-Mobile is yelling from the rooftops that it has signed a $3.5bn contract with Ericsson to provide it with the latest 5G hardware and software – something that will "enable T-Mobile to rapidly launch innovative and groundbreaking 5G experiences to customers."

Such is the frenzy over what currently remains a non-existent product that T-Mobile CTO, Neville Ray used the news of a contract to attack competitors: "While the other guys just make promises, we’re putting our money where our mouth is."

"There’s 5G, then there’s Verizon 5G Ultra Wideband," reads the announcement, before trying to make the case that because it has lots of millimeter wave spectrum, lots of fiber and the "ability to deploy large numbers of small cells" that its 5G is going to be superior to other people's 5G.

Yes, the mobile phone industry has contracted a nasty case of 5G-itis.

It's perhaps understandable: the phone industry is highly competitive but hasn't had a lot to fight about for several years. There's only so many times you can attack your competitors' business models while hoping no one notices that your company does pretty much the same thing. And exclusive deals on the latest phones seem to have become a thing of the past.

But 5G? It's new! It's exciting! It's a race to get it working and in place before everyone else!

The truth though is that 5G news amounts to little more than industry willy-waving. There's little doubt that the new tech is finally getting there but it won’t be until next year that we see the phones and networks ready to provide 5G to anyone except select folk in target test areas.

And even then the industry is still uncertain who will actually pay extra for the service. On Monday, AT&T made it plain that it thinks gamers will be a potentially big market. Others are hoping that industry will adopt it in the hope of gaining a competitive edge. But so far as least, big business appears to be adopting a wait-and-see approach.

Whenever the topic of who will be first to get onboard with 5G, the industry has a disturbing habit of reaching for glorious platitudes. This week's set of announcements are no different.

Verizon's big news today begins: "There’s been a lot of buzz about 5G lately, and for good reason; the technology holds the promise to change the way we live, work and play." And it ends: "Many of the use cases for 5G technology literally haven’t been invented yet. That’s exciting for us, and building this unique network is the first step in unlocking those possibilities. The 5G future begins today."

Ericsson's concludes: "5G is poised to unlock commercial opportunities for every industry. Ericsson’s 5G business potential report shows that operators can benefit from up to USD 619 billion market opportunity globally in 2026."

And T-Mobile? "5G promises to deliver very high data speeds, extreme low latency, ultra-high reliability, energy efficiency and extreme device densities, which will be realized by the development of LTE in combination with new radio-access technologies."

In short, we're excited and you should be too. ®