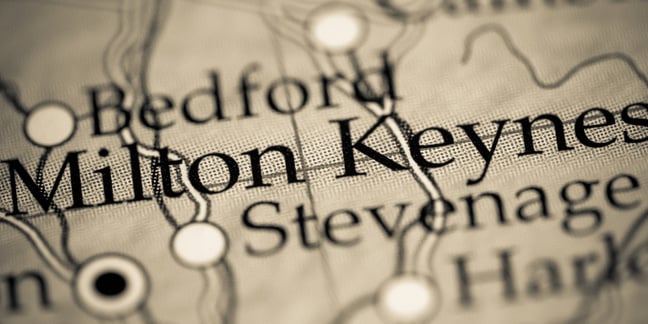 Vodafone today confirmed that gigabit – or near enough – broadband will launch in the town at four speeds, detailing aggressive pricing and discounts for Voda mobile customers.

From 8 October, around 3,700 homes will able to receive "Gigafast" broadband. The rest of Milton Keynes should be eligible by 2020. Prices start at £28 with free installation and a free router – and a fiver a month knocked off if you're on the Voda network. The top-tier Gigafast package (900Mbit/s average speed) costs £48 a month.

"Vodafone’s market share in fixed is significantly below mobile across Europe. This is especially the case in the UK, where it has gone from zero in June 2014 to 435k in June 2018, with 190k (43 per cent) of that in the last year. Vodafone has increased its gap on key fixed line products to its competitors, which we view as a clear escalation of the price war," observes RBC's Wilton Fry.

Openreach can claim 300Mbit/s from its cabinets, but it's the tardy fibre rollout that irks potential customers – and politicians. Liberty-owned Virgin Media reshuffled its management last year after it was revealed that it had exaggerated the progress of its £3bn Project Lightning fibre scheme. ®