Dell EMC's new PowerVault ME4 Series has been tailored for small and medium businesses – apparently installable in 15 minutes, configurable in 15 more, and usable as either SAN array or direct-attached PowerEdge server storage.

Compared to the previous entry-level PowerVault arrays, the ME4 has 75 per cent more drives, 122 per cent higher capacity and a 4X increase in IOPS performance.

But it really is entry-level, with no Xeon SP processors, only single and dual Broadwell-DE ones. 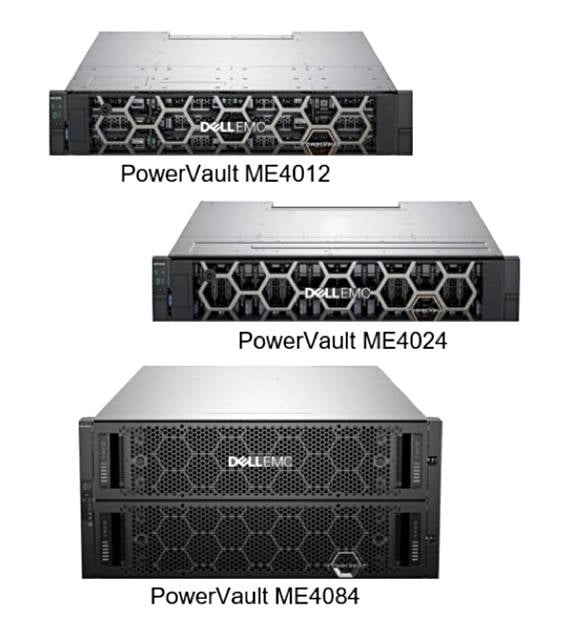 There is an HTML5 user interface, enabling customers to use a web browser from anywhere to manage the boxes.

Check out the PowerVault ME4 spec sheet here and a datasheet here. The arrays are available now and pricing starts at less than $13,000. ®