Hands-on Despite being a “mainly Mac” person for a long time, I’ve used a Thinkpad X series for writing for 15 years now – and the device has played different roles over the years. At one time, it was the only genuine portable I’d trust on a trip.

Apple perfected the thin and light laptop with the MacBook Air design of 2011, after hampering the performance of its most portable designs. At last an Apple laptop could boast great battery life, a much lighter design, and a decent keyboard - and the price was competitive too. The X-series seemed clunky and old-fashioned - not that that’s a bad thing. It was still more resilient than anything else out there.

Where the X series reigned supreme was expandability and in particular, durability. For a demanding event you knew you could bank on the tank-like construction keeping your work intact. I kept an X around because it would withstand getting bashed and dropped. That to me is what a ThinkPad should be - really a class of electronics of its own. 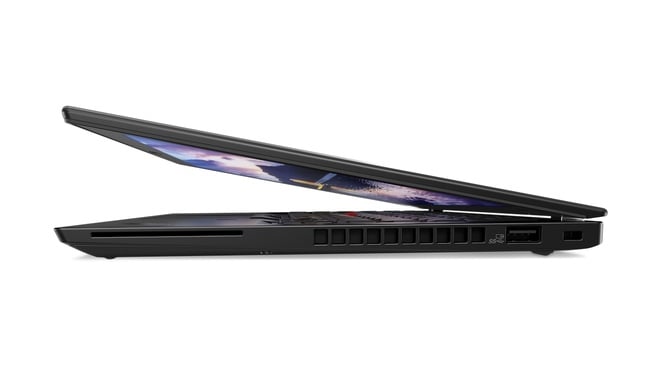 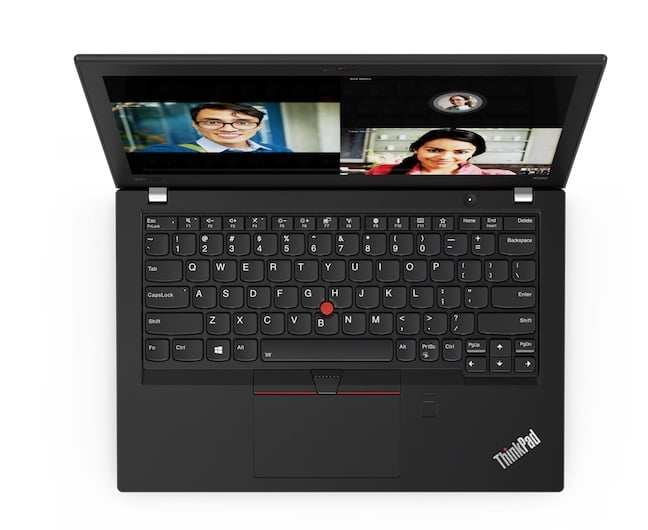 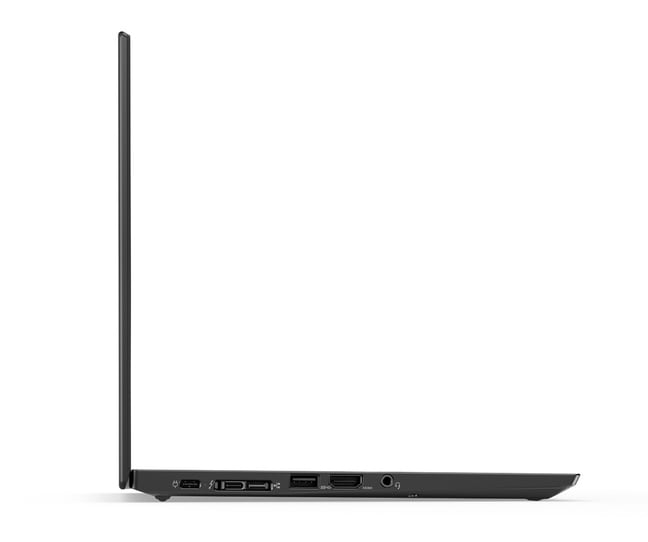 It's in an odd place. Much of the character of the X-series has been removed over the years, as several IBM series now share the same design language: the X is a lighter T. Today finds the X series somewhere between the svelte Air-like PC “thin and light” homages like the Dell XPS 13, and the classic portabrick of yore.

I dusted down the X220 and the X230 for comparison and marvelled at how much character the older models had: the sculpted lip, the great seven-row keyboard (lost with the X230 in 2012). It even said "Thinkpad" on the lid. (It doesn't any more.)

The only signature characteristics retained are the distinctive air vent and hinges – and the massive bezel around the display.

The X series has been been shedding the pounds while getting a little wider, giving it an odd generic feel. For comparison the second generation (2002) X30 weighted 1.65kg and housed a 12.1-inch VGA display. The X280 is thinner of course, weighs only 1.13kg but is 3.5cm wider. 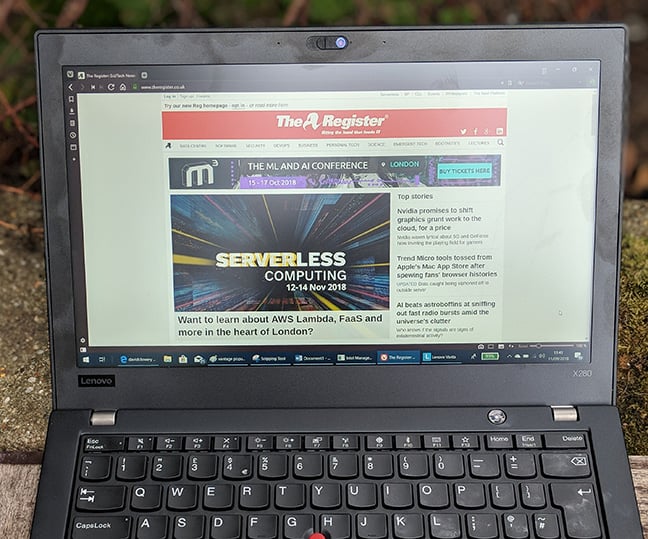 The difference, once vast, between the T-series and the X-series is much narrower, particularly comparing the latest X with the T480S with a sealed battery. IBM then Lenovo made sacrifices to squeeze the components into an X, but some of these compromises no longer make sense. The T-series has two batteries, one removable and one built-in. The X just has the built-in pack with 45w.

Charging is better: you get up to 80 per cent in one hour. But I rued the decision to use USB – to me a pointless change. Overall I was getting six to seven hours for typical "productivity" work: browsing and writing. Which would have been great in the old days, but falls a little short in 2018. The power options Lenovo has traditionally provided – slices, and extra swappable battery packs – isn't here any more.

What the X offers is professional I/O: two Thunderbolt ports and HDMI out. It's a shame regular RJ-45 Ethernet has gone, though.

A summary of options for the X280

The display brightness, a traditional Achilles heel of Thinkpads, was fairly usable at 220nits without being spectacular. It felt comfortable to use after a day or two readjusting from the T-series, and the colour reproduction was good.

A similar conditioning process was needed for the keyboard. The T-series is quite spectacular: the greatest travel of any laptop, so you get quite spoiled using it. The Carbon matches it. This has slightly less travel but it's still excellent.

The 14nm Intel Kaby Lake Refresh processors (8th-generation Core i5 and i7) give real benefits for battery life, but rather like phone manufacturers, PC makers have not opted to up the battery capacity significantly.

Once you remove the annoying Microsoft bundle cruft – and I cannot believe such garbage is bundled in business machines in 2018 – Lenovo has a spartan offering. The Lenovo companion programme doing most of the heavily lifting: updates and diagnostic tests. 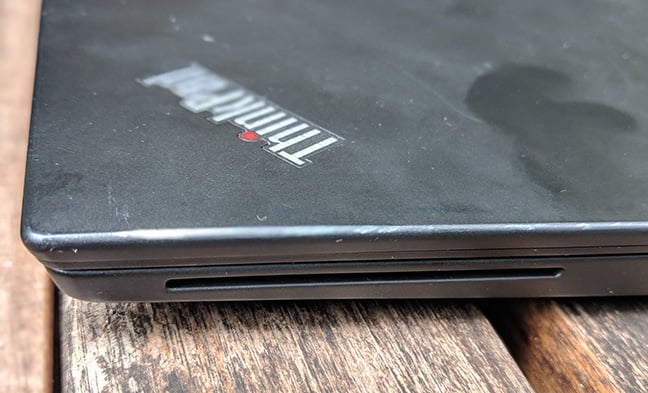 Scuffy: unusually for a ThinkPad, the X280 picked up scuffs after only a couple of days

I was surprised to see scuffs at the edge appearing after only a few days, most un-Thinkpad-like.

Sad to say, the market and Lenovo have made the X-series something of a niche product. If you've got the cash to splash, then the larger X1 Carbon offers more battery and a better display. If you haven't, but you don't mind a little extra width, then the T-series model makes a case to be noticed. Those two batteries are a lifesaver. And if you don't need Thunderbolt, your pennies will go far elsewhere in the Thinkpad range. ®