Plus: Machine Learning for .NET, banks call time on Windows Phone, and more 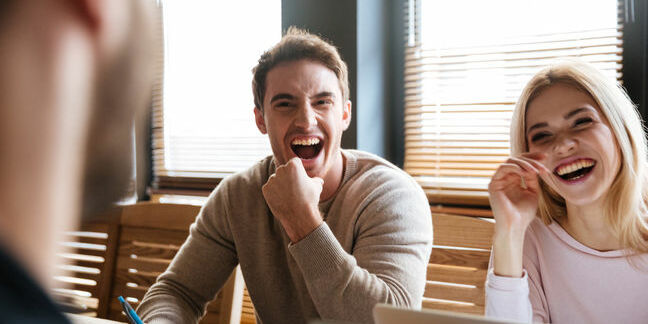 While a certain fruit-based company hogged much of the limelight last week by seeing just how much cash could be wrung from fanbois, Microsoft found itself in the spotlight of shame. But Edge-pleading and build-encrypting weren't the only things that happened in the world of Windows.

While Skippy the Windows Insider found himself staring at a Green Screen of Death rather than the promised acrylic (aka blurred) login screen of a new Skip Ahead build of next year's Windows 10, Microsoft kicked off the pre-release trolling of its army of volunteer testers by emitting build 17758 (aka Redstone 5, aka Windows 10 October 2018 Update) first to the fast ring and then, within three days, lobbing the same build to slow ring testers.

The rapid arrival of the build to slow ring testers, who prefer the quiet life of stable builds and, er, exhortations not to exit the world of Edge, left Windows fans positively frothing at the mouth that perhaps, maybe, just maybe this might be the actual release.

Of course it wasn't. Not least because the build notes, with a flair that can only come from use of the copy-and-paste function, warned that "we are not done yet" in big, shouty, bold, underlined letters. Since late August, the team has been "beginning the phase of checking in final code". And also because, on the same day, build 17760 made an appearance for fast ring testers. Dona Sarkar, head of the Windows Insider Program, didn't write "Gotcha!" in the notes, but she could have.

While build 17758 had a problem that broke applications using .NET 4.7.1 (although if you're brave enough to subject your PC to Insider builds, you're likely brave enough to do the registry hack to fix the problem), build 17760 is the first of the October Update builds not to have any known issues. Cue more frothing of the fanboys.

At present, Windows 10 seems to be on track for an October release without the last gasp shenanigans that plagued the April 2018 Update. With build 17760 being "fully compatible" with Tencent games, it seems the Windows team has found time to play as well as quietly introducing, and then backing way from, in-OS "suggestions".

Your Phone gets a Companion

While continuing to conspicuously ignore the iPhone, the Android Microsoft Apps, er, app, got a bit of spit and polish as well as a shiny new name. Now renamed Your Companion with a set of screens that ape the PC Your Phone app, users will delight in an improved visual experience, even if actually getting the much-vaunted messaging integration to work still remains touch and go.

In our testing, when we were able to persuade the thing to show anything other than images on the PC (and that was tricky enough), we found the time it takes a message to make the leap between phone and Windows 10 a little annoying. The code, however, remains in preview at this stage. Microsoft Mobility supremo Vishnu Nath took to Twitter to reassure users that fixes were on the way.

We have a ton of fixes coming out for our #YourPhone preview. If you are having any issues getting started in the meantime please see our guide here https://t.co/gm459g6uiP

Hidden away among all the developer announcements last week was the release of ML.NET 0.5, Microsoft's open-source machine learning framework for .NET devs.

0.1 of the framework put in an appearance during Microsoft's 2018 Build event, and development has continued, with Microsoft thanking the community as "we continue to develop ML.NET together in the open".

For those unfamiliar with the tech, TensorFlow is a machine learning toolkit aimed at training deep neural networks and requires huge amounts of labelled data to be effective.

Microsoft reckons the new functionality, which allows .NET devs to use their own TensorFlow model, or pick up one trained elsewhere, will save coders from having to deal with the internal workings of TensorFlow. The ML.NET team plans to carry on making deep learning with the framework "even easier", which can only be a good thing.

Will the last Windows Phone user please switch out the lights

Finally, there was more bad news for the vanishingly thin intersection of the Venn diagram of Windows Phone users and customers of UK financial institutions Natwest and the Royal Bank of Scotland (RBoS).

Reports came in last week that Windows Phone-using customers of Natwest and RBoS have received notifications that their bank apps will be shutting down. Users have 60 days to make the jump from the moribund mobile OS, or find other ways to check if they've saved up enough to buy an iPhone XS.

The apps are the latest in a wave of apps deserting the Windows Phone platform. With even Microsoft pulling its own apps, the writing is not so much on the wall for users but carved in letters two metres high. It is time to move on. ®