Revealed: The billionaire baron who’ll ride Elon’s thrusting erection to the Moon and back

Please click on this story so at least you'll learn the identity from us and not one of the 1,000 other sites out there

Video SpaceX today named its first paying passenger it will fly around the Moon and back to Earth – and it's Japanese biz baron Yusaku Maezawa. Yeah, him. You know. Him.

“SpaceX has signed the world’s first private passenger to fly around the Moon aboard our BFR launch vehicle — an important step toward enabling access for everyday people who dream of traveling to space,” Elon’s Muskeers teased on Friday ahead of Monday night's big reveal.

The trip will be made using SpaceX’s BFR: its Big Falcon Rocket (or Big F**king Rocket, depending on how much someone's been smoking). In a webcast in the past hour, SpaceX supremo Elon Musk revealed that the passenger is none other than Japanese billionaire Yusaku Maezawa, and the flight will hopefully take place by 2023 at the latest.

Maezawa made his estimated $2.7bn with the online clothing firm Start Today, and is a keen patron of the arts. He wants to do a circuit of the Moon, and take six to eight artists with him – be they painters, sculptors, musicians, or architects – and in return for the trip they must create art to inspire humanity.

“This project is very meaningful – to be the first private passenger on the moon - but I also hope I can contribute to world peace, my lifelong dream,” Maezawa said. “Ever since I was a kid I’ve loved the Moon, that is while I didn’t pass up this opportunity to see the Moon up close. But I didn’t want such an experience by myself, i want to share these experiences with others.” 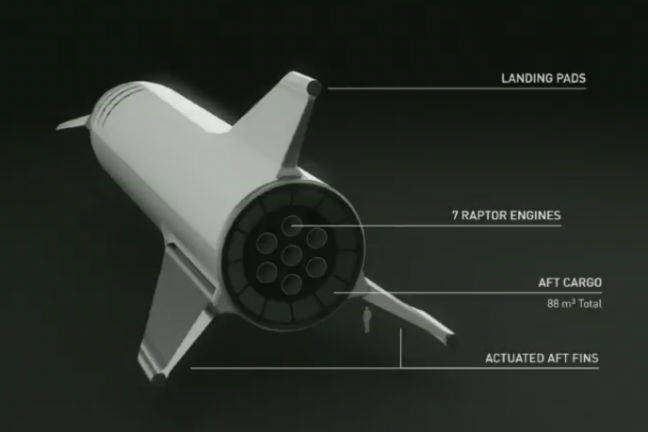 The latest BFR designs – although some features may change

According to Musk’s presentation [PDF] last year, the mighty BFR will stand 118 metres tall when erected on its launchpad, and will be able to lift 150 tons into low Earth orbit with the help of a massive central booster, making it the most powerful rocket ever to fly. Musk has said he wants it to be able to carry a payload of 100 people into space, and/or the hardware to keep them alive once they get there.

Below is a video of the thing:

At this year’s South by Southwest hypefest in Austin, Texas, his Muskiness predicted that the first BFR flight would take place in 2019, although these would at first be strictly up and down takeoffs and landings to test out the system, so the 2023 date is flexible.

Don't forget, SpaceX is known for blowing past its deadlines. Although its Falcon Heavy rocket was set to fly in 2013, the first, and only flight, of the heavy lifter happened some five years later, and lobbed Musk’s Tesla Roadster into space to puzzle future extraterrestrial visitors.

In 2016, Musk predicted that one of his Dragon crew capsules would land on Mars this year – although that particular project was abandoned. SpaceX was also supposed to have two paying customers take a trip around the Moon this year, using one of SpaceX’s Dragon crew capsules sent aloft by a Falcon Heavy rocket. That also didn't happen, so, essentially, things are running somewhat behind schedule.

Musk said the two wannabe spacefarers had paid a deposit for their now-abandoned 2018 Moon trip. Maezawa was one of those two, and so now he's set to fly around the Moon a few years later than planned. Maezawa's deposit for the lunar jolly was a "non-trivial" amount of money, which will help fund the BFR. Musk estimated the total BFR system would cost around $5bn to develop, perhaps as much as $10bn and more than $2bn. 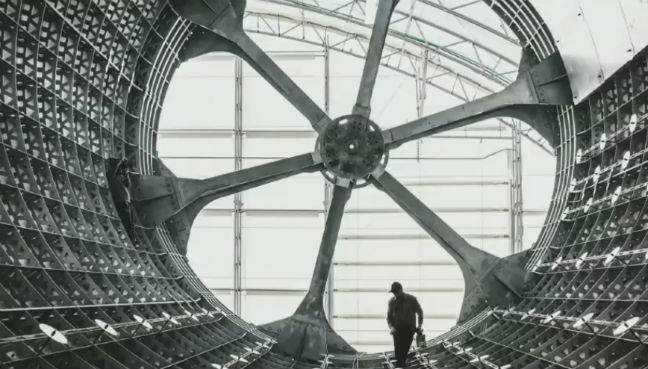 The first section of the BFR being assembled by SpaceX

Musk didn’t say how much money was involved in booking the artists' adventure, although he said that it was substantial. He also praised Maezawa for his courage in undertaking the expedition in the first place, and warned that it won't happen if the technology isn't deemed safe.

The BFR name may also change, Musk said. He wants the first spacecraft to make it to Mars to be named Heart of Gold, after his favorite ship created by Douglas Adams. ®