4 million people keep paying for contracts that include handset charges 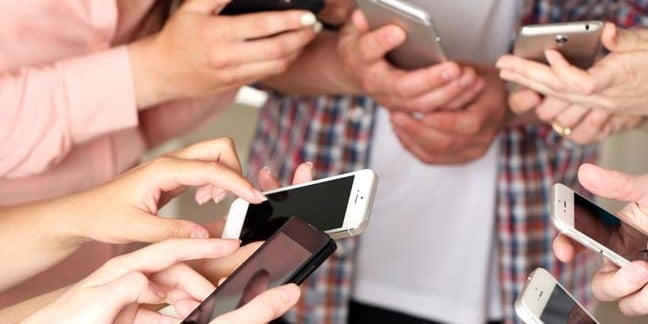 Brits forked out £490m extra on their last mobile phone contract because of bundled handset charges that continued long after the device was paid for, Citizens Advice has said.

It analysed more than 700 phone tariffs from EE, Vodafone and Three for pay-monthly contracts that included charges for handsets and compared these with the firms' SIM-only deals.

The aim was to assess how much less customers who can afford to buy a handset outright pay than those who sign up to deals that bundle monthly payments for the device into service payments.

The problem is that, after the fixed-term contract ends, customers need to move to a cheaper deal or they will keep paying for the phone they now own outright – but many don't remember to switch, or don't know they can.

According to Citizens Advice, in 73 per cent of cases, customers paid more than they would have if they had bought the phone outright.

The research estimated that 4 million people in the UK have been charged for phones they have already paid off, with the charges amounting to £490m on their last contracts alone.

On average, customers are overcharged £22 a month, the charity said, but the worst offenders were contracts for high-end phones like the iPhone 7 or Samsung Galaxy, where extra costs were around £38 a month.

The charity also warned that bundled contracts confuse customers, with 55 per cent assuming it is the cheaper option.

It expressed a particular concern about vulnerable people, noting that older people are twice as likely to be charged for a phone they already own for longer than 12 months – this could cost, on average, £263.

"It is unacceptable that mobile providers are knowingly overcharging customers for phones they already own," said the charity's chief exec, Gillian Guy.

She noted that both the government and the regulator Ofcom had condemned the practice, but insisted "now we need action".

Ofcom this summer launched a consultation on proposed changes to the regulations, which would require companies to alert customers when they are nearing the end of their contract.

But Citizens Advice gave this idea short shrift, saying the "proposal of sending a single notification to customers before their contract ends doesn't go far enough to help consumers".

In the meantime, Guy advised customers to "check their phone bills to see if they can save money with a SIM-only contract or upgrade to a new phone". ®