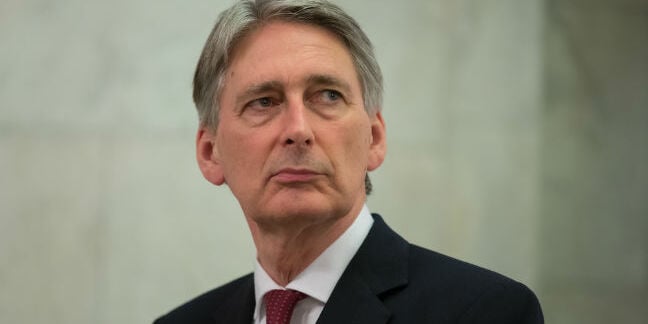 The UK Chancellor of the Exchequer Philip Hammond has blamed US tax reforms for slow progress towards an international levy on tech giants' revenues, and warned that the UK is considering going it alone.

The Organisation for Economic Co-operation and Development (OECD) is working on a global agreement that would ensure that internet firms like Google or Facebook – which don't need a physical presence in the country and can shift profits to other nations – pay their fair share of tax.

However, progress has been slower than lawmakers would like, with many European nations pushing for measures to be in place sooner.

Speaking at the Conservative Party conference in Birmingham, in England's west Midlands, yesterday, Hammond said that if there is no international agreement soon, the UK would set its own charges.

"The best way to tax international companies is through international agreements but the time for talking is coming to an end and the stalling has to stop," Reuters quoted him as saying.

"If we cannot reach agreement, the UK will go it alone with a Digital Services Tax of its own."

Hammond is reported to have told a separate event that the international talks had been delayed by US efforts to get tech firms to pay their taxes in the nation.

"I have to say my prognosis is that it is quite unlikely that we will be able to achieve international agreement in anything like a sensible time scale because the US isn't frankly onside with this agenda," he said.

The Austrian presidency of the EU is pushing for an interim European Union position on digital tax to be agreed upon by the end of the year, based on a proposal made by the European Commission in March.

This would charge a 3 per cent levy on firms with a global annual turnover of €750m and annual EU revenue of at least €50m, affecting around 200 companies and boosting member states' coffers by about €5bn.

Hammond is reported to have said that the UK's tax would apply to firms above a "quite substantial" size threshold.

It was not clear whether Hammond's plan is to stop the UK tax when an international deal is made, but doing so would bring it in line with efforts by France and Germany to establish a "sunset clause" for any EU digital tax that ensures it is only a temporary levy. ®