UK space comes to an 'understanding' with Australia as Brexit looms 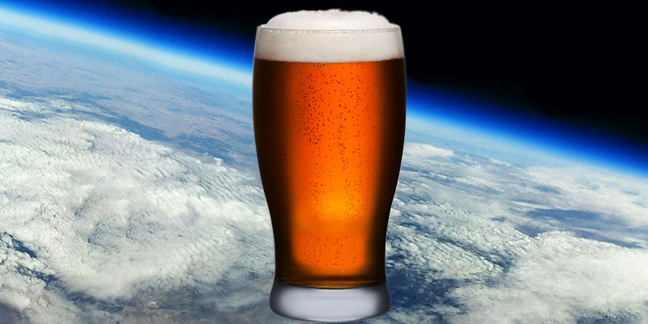 The UK and Australia have announced plans to become the best of buddies in the space field, including the UK’s current hot potato: satellite navigation.

The memorandum of understanding, which was signed this week by Chief Executive of the UK Space Agency, Graham Turnock, and head of the fledgling Australian Space Agency (ASA), Dr Megan Clark AC, will see collaboration efforts between the two countries in the arena of communications, space situational awareness and, of course satellite navigation.

The UK has begun to face up to an increasingly likely scenario where it will be relegated to mere “third country” status or ejected entirely from programmes such as the prestigious Galileo navigation system or the EU Space Surveillance and Tracking programme thanks to shambolic Brexit negotiations.

As Blighty stares at a glorious, post-Brexit future, the UK space sector needs all the friends it can get. The UK will, of course, remain part of the European Space Agency. But as EU funded work dries up, getting a foot in the door with non-EU agencies such as ASA is a sensible move. With a UK version of the Galileo system looking ever more likely, “cooperation” with Australia over satellite navigation could well ease the financial blow somewhat.

Sadly, the current memorandum of understanding does not yet extend to launch sites, which will disappoint those that remember the glory days of the British rocket programme up to its demise in 1971. After launching a number of Black Knight rockets from the Australian Woomera launch complex, the UK managed to send its Prospero satellite in orbit atop the fourth, and final, Black Arrow launch in October 1971, a few months after the project was axed. To date, the UK remains the only country to have the dubious honour of developing an orbital launch system and then dumping it.

A UK Space Agency spokesperson told The Register that a return to Woomera was not on the cards, as the UK seeks to develop domestic horizontal and vertical launch capabilities. As for the mooted Galileo substitute, it is “early days”. With only A$41m ($29m/£22.3m spread over four years) at its disposal, the ASA, which came into existence on 1 July 2018, is unlikely to be able to make much of a financial contribution in the short term, although it does list “Positioning, Navigation and Timing infrastructure” as an initial priority.

Australia already has a well-established network of ground stations and 10,000 people working in its space sector.

Of the memorandum, UK science minister Sam Gyimah remarked: “This agreement is a great example of the importance of international collaboration and how, through our modern Industrial Strategy, we are working with our growing space sector to ensure it continues to thrive.”

Australia, on the other hand, was quick to ensure the Brits understood that, despite the rich history between the nations, this was to be very much an open relationship, as Hon Karen Andrews MP, Australian Minister for Industry, Science and Technology commented: “These agreements with counterpart space agencies in Canada and the United Kingdom will increase opportunities to work together and share information, technology and personnel between our nations.” ®

But I'm just a poor Brit, and nobody loves me