The secret history of Apple's Stacks

Shame they changed the name... Piles was more fun

Now almost 35 years old, the desktop metaphor is so enduring, it's even migrated to the smartphone era.

Some people call their home screen a "desktop", even though nobody has ever carried around a 3 x 5-inch miniature wooden desk on which they stick things. It's absurd.

Back on the personal computer, something else characterises the desktop metaphor – a stubborn immutability. It has barely evolved, perhaps because changes throw users completely.

Apple's introduction of "Stacks" is an attempt to extend the desktop metaphor, but even an old hand like me could get confused, as I found reviewing macOS Mojave. 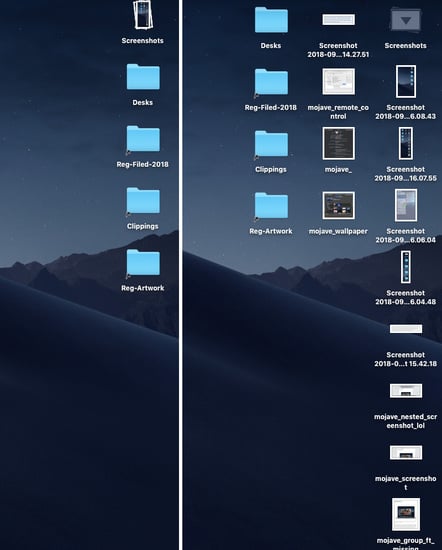 A Stack open (left) and closed (right). The Stack itself is the top rightmost icon

Stacks is an invention from Apple's illustrious Human Interface Group – established in the 1980s, but disbanded after Steve Jobs returned to Apple a decade later. The team had observed how Mac users just let documents pile up on their desktops. You'll know someone like this, with hundreds of files on the desktop. It's easy to do.

The HIG's solution was called "Piles", and 15 years ago I interviewed one of the co-authors, Gitta Salomon, who had left to form her own design studio, Swim. Apple patented it in 1992. Piles were groupings of similar files, and had their own semantics. The patent, renewed in 2006, shows how carefully Apple had thought about it.

Piles would suck in similar files. Piles could be browsed in a uniquely Pile-ish way. Piles could even be scripted. It was all very lovely. So when Apple looked set to introduce the feature, finally, in 2003, I was intrigued.

In fact, Apple would wait many years before deciding to take the plunge in 2018. The problem of desktop hoarding was alleviated by Spotlight, a universal search, and by smart folders and the Recents view, so people with compulsive hoarding were still able to find that file using keywords, or browse them by date in the Finder.

Thankfully, Piles are now Stacks, but the difficulty any designer has in adding to the file/folder metaphor endures. Read the review to see what happens.

That might be because they're trying to do a lot more than folders. As Gitta described it to me in 2003: "They are a visual representation, but also helping them organize things, as a way to make suggestions. There are fuzzy edges – the computer is presenting you with 'what if?' questions on a pile of stuff."

In fact, Stacks treads into the danger zone that I discussed recently after IFA, in the context of consumer AI. Add AI to something to make it "smart" and what happens? The technology starts nudging you, or even trying to make decisions on your behalf – which is often at best annoying, and at worst confusing and potentially dangerous. Human agency matters, and once you start removing that people push back – hard. A desktop folder may be dumb, but it's predictable, and the system is more deterministic and reliable to the ordinary user. 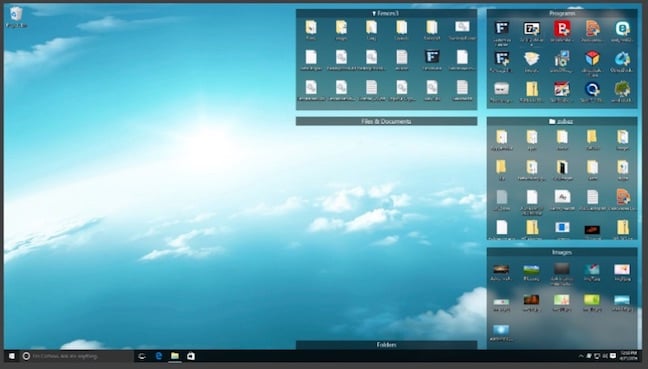 Stardock's Fences – a $10 utility for Windows

However, there is a successful implementation of the same concept on Windows: Stardock Fences. Fences are collapsible windows on the desktop. You can fix an existing folder on the desktop, like the Downloads folder, or you can create a Fence that hoovers up particular file types, or anything that obeys a set of rules. 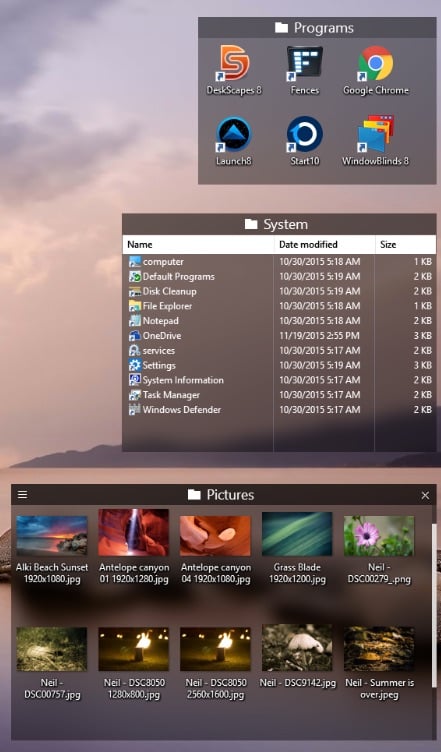 "Fences" have three views, and can roll up neatly