GDPR stands for Google Doing Positively, Regardless. Webpage trackers down in Europe – except Big G's

Wait.... this wasn't in the script

In a US Senate hearing that went little reported this month, America's antitrust chiefs warned that Europe's tough General Data Protection Regulation (GDPR) had benefited the companies it was designed to tame.

A study out this week tracking activity on the top 2,000 sites used by netizens in Europe confirms it: in one respect at least, GDPR has actually been slightly good for Google, and noticeably bad for its commercial rivals including Facebook: 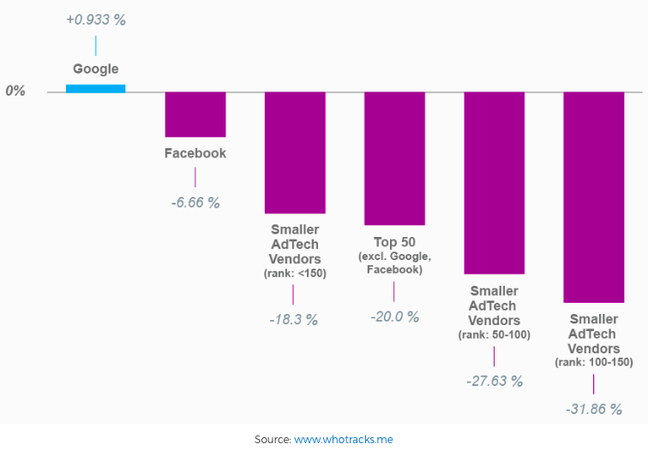 After April, and around the time GDPR kicked off in late May, the number of trackers per page on EU-accessed websites fell by 3.4 per cent, but for US web surfers it rose by 8.29 per cent, according to an analysis of data collected by Who Tracks Me, a site run by Cliqz, the maker of a privacy-focused fork of Mozilla's Firefox browser. This project also maintains a repository of tracking data and a database mapping tracker domains to companies on GitHub, here. And by trackers, we mean code and cookies on webpages that follow you around the web, building up a picture of who are and what you do so you can be shown ads tailored for your interests.

Bear in mind, the fall in pages using trackers in Europe was not spread around evenly: smaller rivals lost more, but Google managed to slightly increase its tracking activity, according to the Cliqz team. In other words, although the number of trackers fell for EU netizens following the introduction of GDPR, Google was able to step into the gap and hoover up more data on Europeans' web browsing.

"For users [in Europe] this means that while the number of third parties asking for access to their data is decreasing, a tiny few are getting more of their data," the report noted. 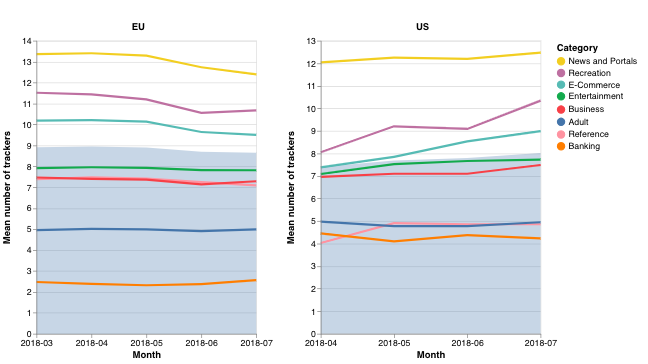 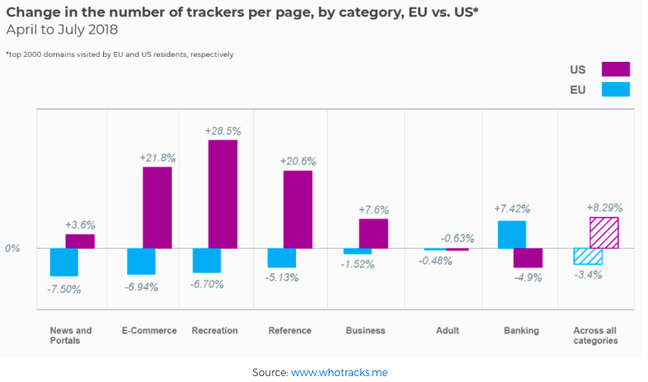 Cliqz has an explanation for this:

Many consent management tools use manipulative UX design (so-called dark patterns) to nudge users towards particular choices and actions that may be against their own interests. They trick the users into clicking away these pesky privacy consent notices and thus 'consent' to any kind of data collection.

In Europe, GDPR has thus far had a measurable impact in reducing the average number of trackers websites put in their pages, while in the US the opposite is true ... On the other hand, in Europe GDPR has led the online advertising market to become more concentrated, as the majority of advertisers lose market share. If this trend persists, it is possible that GDPR is having adverse effects on competition.

Why does this matter? Because top US antitrust enforcers are wary of the proposition that free stuff always benefits people. For forty years American competition policy has followed the guideline that if prices fall, buyers are benefiting, so no intervention is required. However, during the aforementioned Senate committee hearing, Makan Delrahim, assistant attorney general at the US Department of Justice's Antitrust Division, questioned this.

"Usually, it is the incumbents who have the resources and power to utilize the new regulatory burden to prevent new entrants," Delrahim told senators. "How that will be done will be a good way to learn what not to do ... We have a live example right now in Europe where the GDPR has been enacted with new regulations." ®

PS: Google has told US lawmakers it is “thoughtfully considering a variety of options for how to offer services in China in a way that is consistent with our mission," following the revelation it is building a censored search engine for the Middle Kingdom.