Is this cuttlefish really all that cosmic? Ubuntu 18.10 arrives with extra spit, polish, 4.18 kernel

El Reg vulture gets his claws into Canonical's latest OS

Ubuntu 18.10 is about to make its scheduled appearance: Cosmic Cuttlefish will take centre stage from previous incumbent, Bionic Beaver.

Looking back, version 18.04 of Ubuntu Linux was a shock to some and featured a desktop not to everyone’s taste, being the first Long Term Support (LTS) release of the distribution without the Unity desktop. The GNOME shell was swapped in, and the Wayland display system swapped out in favour of X.org.

Wayland fans will be saddened but unsurprised to learn that Ubuntu has, sensibly, stuck with X this time around, although you can switch if you really want to. However, for most users, what comes out of the box works more than adequately.

However, it is the desktop where users will notice the greatest change in Ubuntu 18.10 aka Cosmic Cuttlefish. GNOME 3.30 makes an appearance with a number of tweaks, including support for VeraCrypt encryption, but it is the Yaru theme that will catch the eye of most users. 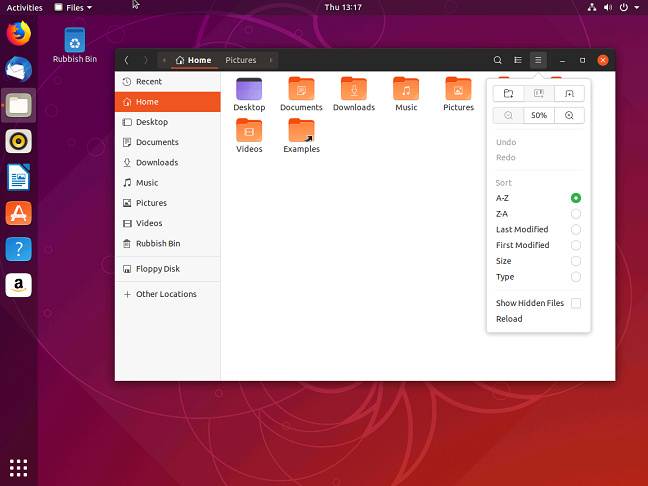 With Yaru, the system has a more modern and 'flatter' look, and windows and controls gain a lighter feel. An updated icon set continues the modernisation, giving Ubuntu a much needed lift.

Themes and icons are, of course, a matter of taste. However, the polishing does serve to give the desktop an up-to-date appearance. Subjectively, things just feel a bit more 'snappy'.

Delving deeper, and the obvious question is “what’s new?” The answer is… not a whole lot. The most significant for many will be the arrival of the 4.18 Linux kernel. As well as support for AMD and Intel graphics chipsets, 4.18 improves life for USB-3.2 and USB-C users and has some significant improvements in power-saving.

Click your heels, um, mouse thrice and you've quickly got Ubuntu on Hyper-V in Win 10 Pro

The toolchain gets some predictable updates, with the GNU Compiler Collection (GCC) being bumped to 8.2 and Python hitting 3.6.7. GLIBC is also brought bang up to date with version 2.28 showing up.

The usual suspects, LibreOffice and Firefox, hit version 6.1.2 and 63.0 respectively and Ubuntu is keen to point out that Mesa updates will boost game performance. Suitably equipped computers can also be unlocked by fingerprint.

Installing the thing remains simple, taking a matter of minutes to accomplish (along with a few reboots) although there remains the request to collect diagnostic data, which will annoy some. The installer also gives the user the choice of installing software that could have potentially icky commercial licences or stick to a purer path.

Once in, it all feels very familiar. Just a bit more polished. And yes, a fresh install will continue to dump that Amazon icon in the dock. At this point we suspect it may only be there as a training exercise to force users to learn how to manage their favourites.

Existing Ubuntu users will find themselves in a quandary. Is it worth upgrading from 18.04 LTS? The answer is a qualified ‘maybe’ – 18.10 will only be supported until July 2019 (shortly after 19.04 is due to turn up) while the 18.04 LTS is supported until 2023. So, unless the shinier desktop and other enhancements have caught your eye (and the Snap package format means that much can be retrofitted to the LTS), it might be better to stay where you are.

However, if you’re considering a jump from Windows or a Mac, then Cosmic Cuttlefish has enough in the way of usability and polish to stave off migration regret. ®