The infamous paranormal polygon is defined by an Ability to Execute vertical axis and a Completeness of Vision horizontal axis. The square is sub-divided into four components labelled as visionaries, niche players, challengers and leaders.

Suppliers are placed in one of these boxes so their supposed merits can be quickly compared. 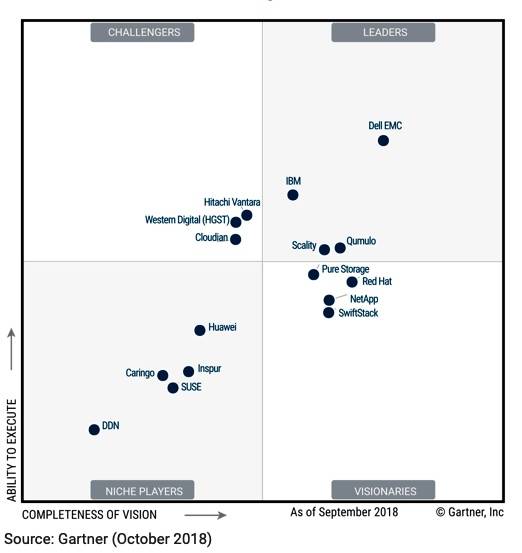 The three leaders from last year – Dell EMC, IBM and Scality – have been joined by Qumulo, promoted from the visionaries' quadrant to the leaders' box. 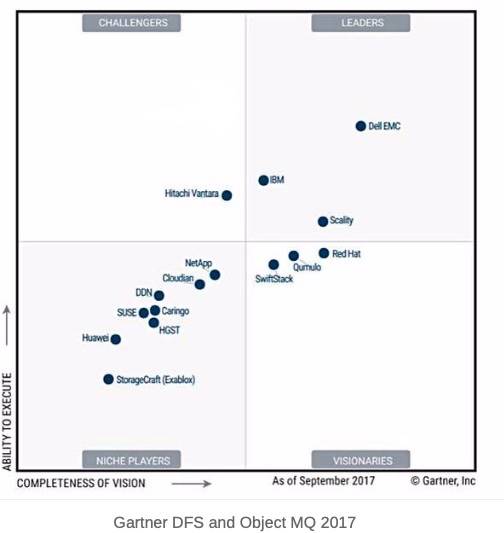 Gartner analysts have assumed that, by 2022, more than 80 per cent of enterprise data will be stored in scale-out storage systems in enterprise and cloud data centres, up from 40 per cent in 2018.

If that plays out, it'll be heartening news for suppliers and next year's edition may become even more crowded. ®