A 2014 Eurobarometer survey (PDF) found that 77 per cent of EU citizens would prefer to repair their electronics rather than buy new ones, but were put off by the cost quoted, and ended up replacing them anyway.

While Apple clamps down on third-party repairs, Motorola has gone in the opposite direction and encouraged folk to prise open their smartphones. It's become the first major phone maker to ship the tools necessary to perform DIY repairs. The kits will initially be sold via iFixit in the US.

The kit includes the necessary tools to undertake major repairs such as replacing the battery and display. 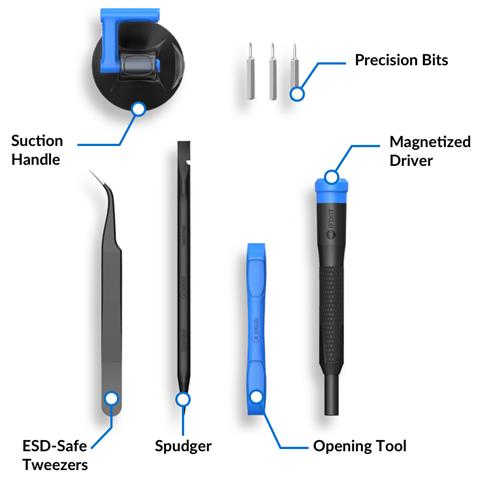 MEPs last year prodded manufacturers to make repairing electronics easier. For example, "essential components, such as batteries and LEDs, should not be fixed into products, unless for safety reasons," opined the European Commission. Here is their report.

But things move slowly. The commission has suggested a "repairability" label may be introduced in 2020 or 2021.

However, the "right to repair" or "freedom to tinker" movement has its own ethical challenges when it comes to potentially lethal products, such as a vehicle. If a tinkerer has inadvertently disabled the brakes, who carries the can in the event of a fatal accident? The word "foolproof" is there for a reason: to prevent fools causing damage. ®