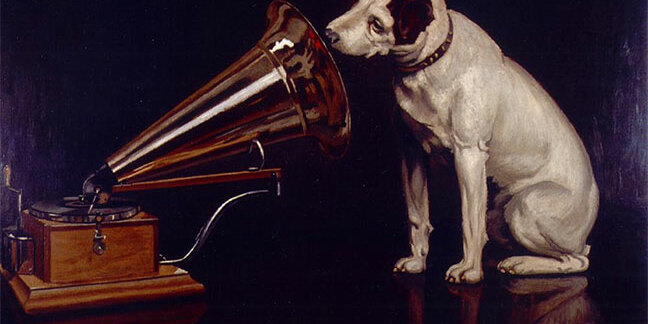 It's gonna be great when the MAX Data music plays

ONTAP v9.5 supports MAX Data, auto-tiering data between its server-hosted persistent memory cache and and ONTAP array, such as an all-flash FAS connected to the server by NVMe running over Fibre Channel.

MAX Data can use Optane 3D XPoint which operates at near-DRAM speed persistent memory; access latencies between 1 and 9μs have been mentioned. However these need Optane DIMMs, and these need Cascade Lake Xeon CPUs, which will hopefully arrive by the end of the year.

They use 14nm technology and so should not be delayed by Intel's 10nm troubles.

The SG6060 has an SG6000-CN compute controller (with 40 cores) in a 1U enclosure and two E2800 storage controllers in a 4U, 60-drive controller shelf. These E2800s run SANtricity OS software. They constitute a five-drawer drive shelf that holds sixty 3.5-inch drives (2 SSDs and 58 NL-SAS) – so there is not a lot of flash caching.

There are more details on the SG6060 here.

NetApp is offering a flash array access latency guarantee, the first of its kind, which offers offers consistent latency of 0.5ms or less. There are no details of what happens if a system fails to meet the performance guarantee. We’ve asked NetApp to clarify this.

There is a a verified architecture for Red Hat OpenShift Container Platform on NetApp HCI, which should make it easier for DevOps teams to build, deploy and scale applications with containers and a hybrid cloud infrastructure.

NetApp Cloud Volumes Service is available for AWS and the Google Cloud Platform (GCP), and offers offers cloud-native file storage. There are three performance levels for the GCP product; Standard, Premium, and Extreme.

NetApp said it was now accepting production-level data on the Cloud Volumes for Google Cloud Platform, with expanded availability for US-Central1 and US-East4.

NetApp Cloud Volumes for AWS has REST API support and a preview for Cloud Backup service. NetApp says it allows workloads to run in the cloud with extreme speed and predictability. It eliminates the need to rearchitect file-based applications for the cloud; they can be moved to the cloud without development cycles.

It has expanded availability in regions across APAC and EMEA, including Sydney, Tokyo, Dublin, Frankfurt, and London.

Setting up joint-venture to sell into Middle Kingdom