Nikola Tesla's greatest challenge: He could measure electricity but not stupidity

A scientist on a banknote? Stick that up your Darcy

Something for the Weekend, Sir? There is a house in old Belgrade that has male and female private parts. If you were tempted to sing that last sentence, I suppose you could call it the House of the Rising Bum.

Bum-bum tish. I thank you.

You may not consider a building with gender junk to be so unusual. After all, there are Hitler houses and cat cottages, and, in the spirit of Halloween week, certain spooky houses are said to groan, chuckle and have personalities. There was even a gothic tattoo parlour opposite my old workspace in London's hip Hoxton that had a face: 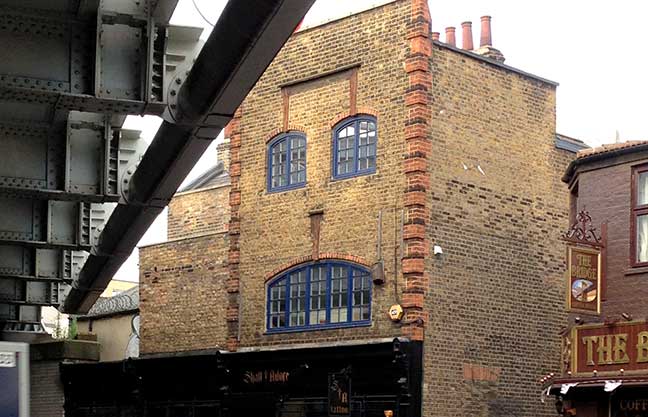 So while I was on IEEE business in Serbia's capital recently, Mme Dabbsy couldn't resist the temptation to see for herself what a house with private parts might look like. You can imagine her disappointment when she failed to discover any urban uglies at the Residence of Princess Ljubica after all.

It turned out to be the result of the English language's infuriating but amusing propensity to conjure ambiguity out of thin air. This column you are reading right now positively depends upon it, after all. Forgive the blatant admission but I wanted to get something straight between us.

Anyway, the house didn't have "male and female private parts". It has separate quarters for men and women.

It's possible that Serbian also suffers from a built-in design fault like this but somehow I doubt it. Serbs are smart. I know this for a fact because they put portraits of smart people on their banknotes, rather than featuring the usual toffs, millionaires, politicians, blockbuster authors and privileged upper middle class do-gooders. 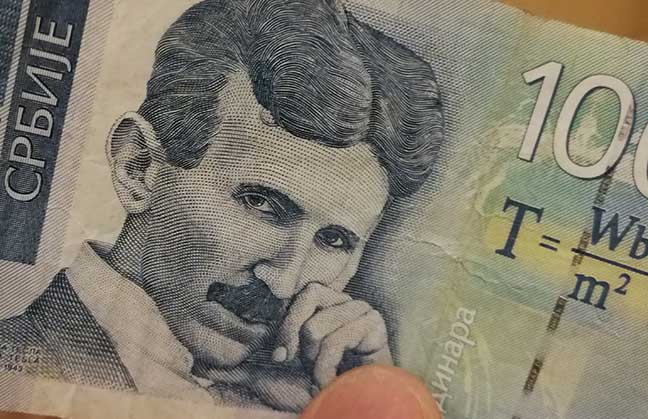 OK, I am being unfair: other international currency bills have been known to depict scientists, but these are invariably so historical they are wearing wigs. I also observe that the only dinar banknote portrait that doesn't depict glorious quantities of facial hair reminiscent of chuckling, monocled baddies from Tintin is the 200dr, which celebrates impressionist painter Nadežda Petrović.

Just putting Nikola Tesla's most famous portrait on a banknote isn't itself an indication of a well-educated population. For many, the man comes across as little more than a hipster celebrity rightly salvaged from undeserved semi-obscurity by a self-aware generation whose modern lives revolve entirely around electricity and electronics.

Being played by David Bowie in a movie probably helped.

No, the curious thing on the Tesla banknote is the inclusion of the Tesla unit of magnetic field strength, measured as one weber per square metre: T = Wb/m2. It's right there in big serif characters next to his face and right underneath the bill value.

This is a far cry from the whimsical lines of poetry or Freemasony psychobabble from the age of the Napoleonic Wars that you see on typical currency tokens. Decry it for lacking in personality but the Tesla unit is a thing. It has a practical use. You might even understand it what it's for. Children will wonder what the heck it means and eventually ask their parents to explain it to them.

In western Europe and further west to the Americas, we tend to be wary of cleverness. We believe smart people are up to no good, being deliberately and revoltingly smart all the time, trying to catch us out and being undeservedly satisfied when it turns out they were right all along. It's only fair that we beat the shit out of these spotty, bespectacled kids at school.

Here in the west, we don't put simple mathematical formulas on banknotes. If anyone wants to encourage the general public to exercise a braincell or two, we have to dress it up as smartphone entertainment. In other words, we upload an online poll to social media. That'll get them thinking.

Who should an autonomous vehicle kill in an avoidable crash?

Cor lumme, let's see… an old geezer? Someone who looks terminally ill? The mad old cat lady down the road? Gosh, it be hard on brain, this. Duh choices! Duh effics!

Don't waste your time. The answers are obvious and universal. Clearly the list of those at whom an out-of-control autonomous car should aim are as follows, in order of priority:

Back in Belgrade, they don't stop at banknotes. Now that Nikola Tesla is a fully fledged rehabilitated titan of Serbian cultural history, the equation can be seen everywhere. Here it is on the plinth of his official memorial statue, suitably located in a very public square near a university building.

You are probably aware that as Nikola Tesla grew older, he increasingly expressed humanistic views about the dangers of wasting energy, protecting the environment and using science to benefit mankind – views that can be interpreted as mindfully Buddhist or dangerously socialist. Lacking a clear profit motive, his north American investors evaporated and, possibly disillusioned, Nikola Tesla wrote in his will that he wanted his body to be returned to Belgrade for cremation.

You can visit Nikola Tesla's ashes today at his eponymous city centre museum and pay homage in front of what must be the coolest urn ever: 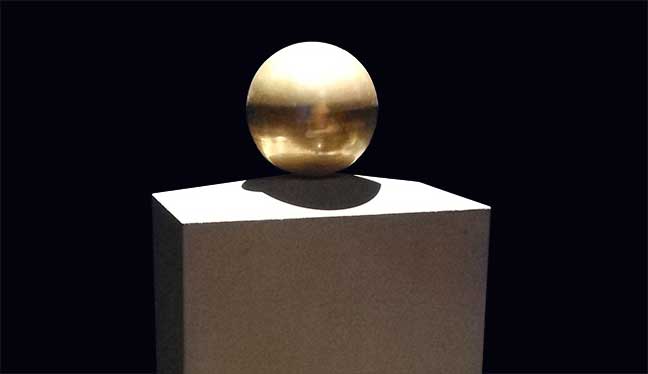 I don't expect British sterling banknotes suddenly to begin educating the public any time soon in quite the same way, but I refuse to be negative or cynical. All that's required are small steps that may still lead us towards a brighter, smarter future.

Alistair Dabbs is a freelance technology tart, juggling tech journalism, training and digital publishing. For British readers visiting Belgrade, he offers the following sage advice: try the Café Dardanelli near the city museum. It's not the best cafe in the city by any means but it's the only one that knows how to serve English tea. @Alidabbs

Meetings in the metaverse: Are your Mikes on?

Something for the Weekend You thought Zoom was bad? Welcome to the Thunderdome
Bootnotes29 Apr 2022 | 58

Robots are creepy. Why trust AIs that are even creepier?

Something for the Weekend We know where we stand with wonky-faced hardware. It's the ones we don't recognize as AIs we should worry about
AI + ML22 Apr 2022 | 105

When the expert speaker at an NFT tech panel goes rogue

Something for the Weekend Stick to the script, man! It’s confusing enough already
Bootnotes16 Apr 2022 | 117

Fish mentality: If The Rock told you to eat flies, would you buy my NFT?

Something for the Weekend This week's column coming to you via hologram. Or a spaceship
Bootnotes8 Apr 2022 | 61

The month I worked for DEADHEAD: Yes, that was their job title

Something for the Weekend? We can't have that contractor making us look bad
Columnists1 Apr 2022 | 71