If Shadow Home Sec Diane Abbott can be reeled in by phishers, truly no one is safe 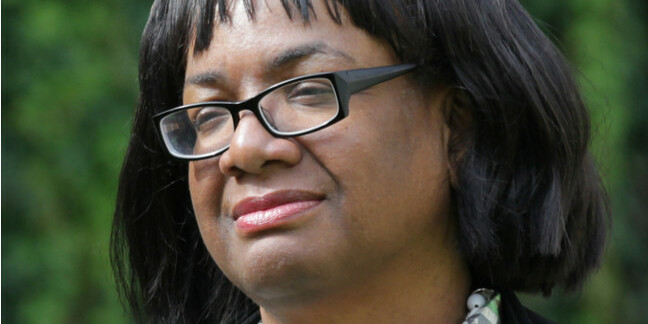 While fraudsters traditionally prey on the gullible and feeble-minded, their wicked ways have ensnared British Labour MP Diane Abbott.

The UK Shadow Home Secretary admitted to handing over control of her computer to a stranger after a random caller asked her to install Remote PC. It's a common scam. Once the miscreant has control of the PC, they often attempt to steal sensitive information like passwords and bank details.

Yes. Sadly I was initially taken in😢

As Home Secretary – note that Ladbrokes offers 4-1 on Labour being the next government – Ms Abbott would be responsible for cybersecurity, as well as crime and policing. She would also have to decide whether Britain implements an identity card system, an idea currently being revived in the context of "digital government".

We asked her office if Ms Abbott would consider helping to publicise the menace of PC Support fraud. Perhaps as its public face?

We haven't yet heard a reply. ®