Palliative care for Windows 10 Mobile like a Crimean field hospital, but with even less effort

Comment Although Microsoft officially supports Windows 10 Mobile, each update breaks new things – and it has reached comical proportions. Or tragic, if you're still using it.

Last Monday, a Microsoft update gave users a buggy Outlook mobile email client. The update was rapidly withdrawn, but that left owners with no working email client at all.

"They've barely responded at all," one owner told us on Friday. "A couple of tech supports on the web forums have suggested it's a memory problem, while another claims that they're aware and are looking into it.  An obvious strategy would have been to update with the old app last night – but they didn't."

Microsoft finally acknowledged the issue in build 16006.11001.20083.0 later on Friday, and rolled out an update at the weekend that finally fixed the problem.

But that wasn't the only problem. The update broke the user interface too, leaving UI elements overwriting each other. Steve Litchfield at All About Windows Phone snapped the example of the Windows Store app: 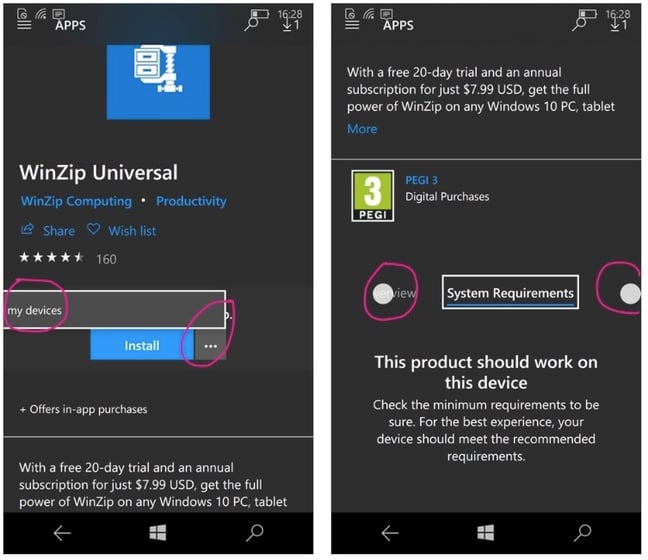 "You'd have thought that with a near-trillion dollar market cap and 131,000 employees across the world, that one person, even an intern or trainee, could have been tasked with trying out new Store client updates on an actual Windows phone? Just one?"

Microsoft's quality control has been under fierce scrutiny lately after it withdrew the Fall update to the PC edition of Windows 10.

The company reportedly laid off many of its testers in 2014.

"The goal is to make the OS team work more like lean startups," wrote an impressed Ars Technica at the time.

Clearly none can be spared to ensure there's any quality to the end-of-life care for the doomed platform. ®