When you play the game of storage arrays, you win or you – where are the visionaries?

The "magic quadrant" is defined by axes labelled "ability to execute" and "completeness of vision", and split into four squares tagged "visionaries", "niche players", "challengers" and "leaders".

As Western Digital has bought Tegile and Tintri was acquired by DDN, one of the four – the visionaries' box – now lies empty.

Gartner's paranormal polygon wranglers said: "The absence of vendors in the Visionary quadrant is a reflection of a vendor and venture capitalist (VC) focus on SSAs, cloud integration, hyperconverged infrastructure (HCI) and artificial intelligence (AI)/machine learning." That's where the market focus and money is. 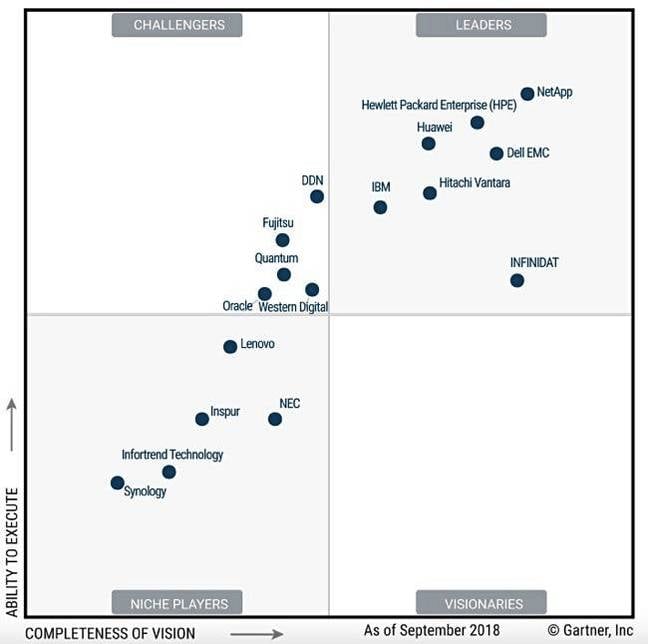 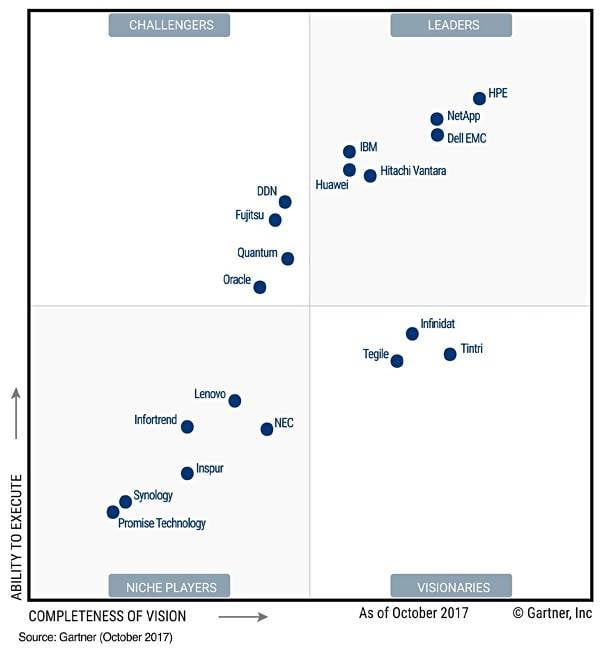 Overlaid, we can see the changes a tad more clearly: 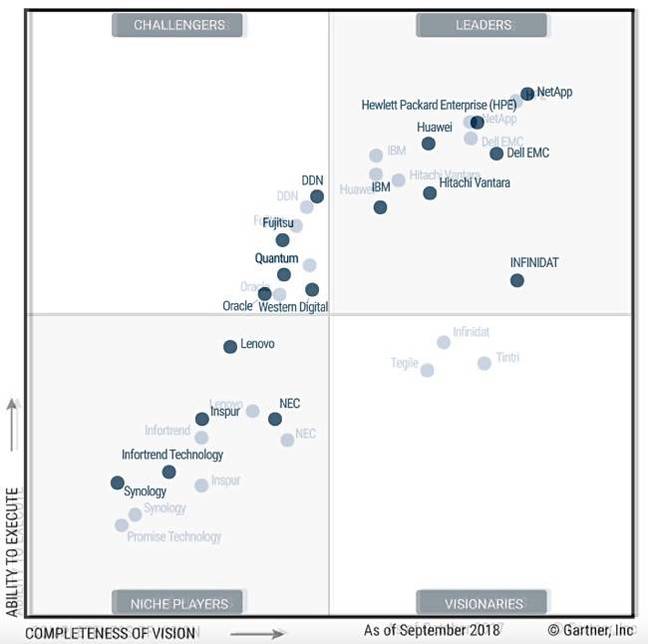 Huawei has improved its position in that box, moving up and right, as has Hitachi Vantara. Both IBM and Dell EMC have slipped back a little.

Tegile, as Western Digital, is now in the challengers' box as it supposedly now has a higher ability to execute. Promise Technology is no longer present as it has, according to Gartner, changed direction.

Infinidat asked Gartner why it made the comment about end-to-end NVMe-oF and was told it was because Infinidat competed with SSAs. Our sister publication Blocks and Files thinks Infinidat has NVMe-oF coming.

Throughout this quizzical quadrangle, the Gartnerites mention the spread of analytics-based array management, such as HPE's InfoSight – it is becoming table stakes. ®