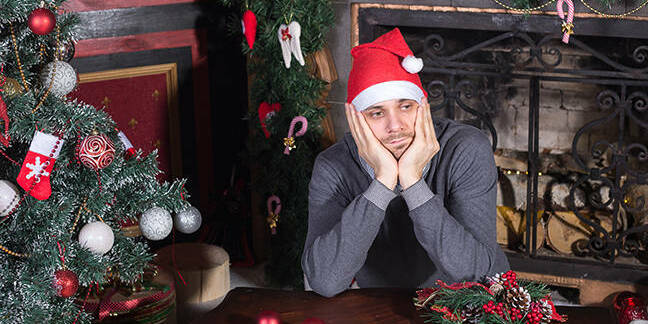 Christmas is near, but all is not cause for celebration with TalkTalk

TalkTalk's 3 million-home fibre splurge now has a name – FibreNation – but can no longer say it has £1.5bn at its disposal for the venture.

The new company, which has yet to disclose funding, and unfortunately shares its name with a Malaysian telco's marketing initiative, is TalkTalk's vehicle for investing in full-fibre (fibre to the premises: FTTP) broadband connections in the UK.

"TalkTalk today confirmed that the first three towns to benefit will be Harrogate, Ripon and Knaresborough," the company said in a statement, adding it hopes to build three million new connections.

The new co builds on TalkTalk's previous announcement from February that what we now know as FibreNation would have £1.5bn of investment, including a healthy injection from infrastructure firm Infracapital. Except that hope has not come to pass.

"TalkTalk is in discussions with potential partners, including Infracapital, to develop an appropriate long-term capital structure for FibreNation. TalkTalk and Infracapital will not be progressing on the basis of the Heads of Terms announced in February 2018," said the telco in its statement today. Chief exec Tristia Harrison added: "We are very confident in the asset we have created in York and will continue discussions with potential partners to agree a capital structure that reflects that."

In other words, the hoped-for £1.5bn may not be anything of the sort. Talktalk had originally expected to have a minority stake (20 per cent) in FibreNation with Infracapital owning the rest of the new company.

Market analyst Megabuyte opined: "The main changes/developments from the original TT/Infracapital joint venture are that Sky will also be a wholesale partner, and Charles Bligh is now leaving TalkTalk, having been lined up to run the JV."

FibreNation's launch comes a couple of weeks after Abu Dhabi's state investment fund dropped half a billion pounds into Hyperoptic, another altnet that has enjoyed a fair degree of success in meeting its full-fibre ambitions. Cityfibre, yet another altnet, has also pledged to spend a cool £2.5bn on building FTTP links.

FTTP is a stable market with guaranteed returns for years to come, so this level of investor interest is no surprise. With dominant market player BT Openreach having had to hand back government subsidies for fibre installations in commercially unviable areas as takeup increases past initial assumptions, Blighty might even come within sniffing distance of the government's target of 15 million full-fibre connections by the year 2025.

"Whilst reported revenues fell 0.6 per cent to £822m, TT focusses on what it calls headline revenues, basically minus carrier, off-net and disbanded MVNO; these rose 3.9 per cent to £771m. Within these, on-net rose 3.5 per cent to £629m but Corporate fell 4 per cent to £172m. Broadly speaking, the Consumer element of on-net benefitted from across the board subscriber growth, low churn and better ARPU, all aided by the Fixed Low Price Plans."

TalkTalk's EBITDA was up by 35 per cent to £101m, with the markets told to expect continuing EBITDA growth off the back of what it hopes will be an extra 150,000 customer sign-ups over the full year. Oh and one more thing: London HQ needs to prep for a move to Manchester – the whole shebang is shifting to a "single campus" in Salford. BonBonVoyageVoyage, TalkTalkers. ®