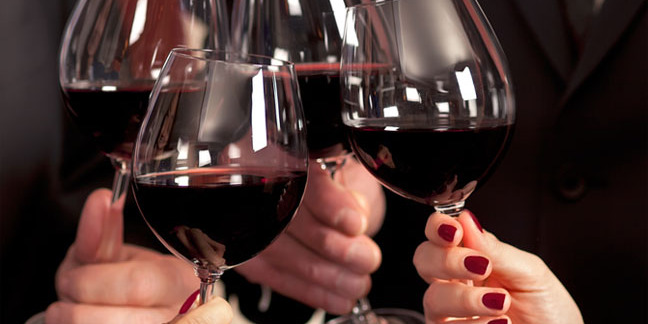 Amid frenzied Brexit preparations in 2017-18, government-hosted parties slurped up 20 per cent more wine than the previous year – as European plonk purchases reached a bottleneck.

The corking stat is revealed in the latest annual report (PDF) on the Government Hospitality Wine Cellar, which is located under Lancaster House and holds just over 33,000 bottles of wine and spirits worth about £3m.

However, El Reg speculates the increase might have been down to how screwed Brexit negotiations are – possibly ministers hoped to get visiting officials drunk enough to go along with their plans. Or perhaps both their guests simply wanted something to drown out Whitehall's w(h)ining. Either way, we're sure the alcohol was, er, grape-fully received.

And although the impending departure from the European Union doesn't appear to have stopped Whitehall bods glugging plonk from the region – pretty much the same number were used this year as last – European purchases took a hit.

That's in comparison to last year's bulk buys of white Burgundy and Loire region wines – so you might say there's been something of a Cabernet reshuffle.

The exception was Champagne, of which a measly 60 bottles were purchased – but the French fizz apparently fell out of favour at this year's events, replaced by English and Welsh sparkling wine. Just 22 bottles of Champagne were used, down 54 per cent on the previous year, while UK bubbly use rose 49 per cent to 495.

After English and Welsh sparkling wine, the most popular choice was white Burgundy (249 bottles used), red Bordeaux (179) and English white (100).

The wines in the cellar cost the government about £800,000, but are now worth £3.29m. The idea is that the booze boffins in charge buy up younger, cheaper wine and sell it on when it's matured, in a bid to make the cellar self-financing.

Whitehall officials aren't allowed to choose the wines they drink – that's left to government hospitality staff, who are presumably trained not to make pour decisions – but they are told what to expect in advance. ®

Wine? No, posh noshery in high spirits despite giving away £4,500 bottle of Bordeaux

Better to drink plenty of water, we reckon

Out of Steam? Wine draining away? Ubuntu's 64-bit-only x86 decision is causing migraines

Updated i386 binaries will still run, says Canonical, but it may not be good enough for key apps

Unless you want your wine bar to look like a brothel, purple curtains are a no-no apparently

Have three WINEs this weekend, because WINE 3.0 has landed

A fine vintage: Wine has run Microsoft Solitaire on Linux for 25 years

Year of the Linux Desktop imminent for a quarter century