Nope, no new computer for you. Move along 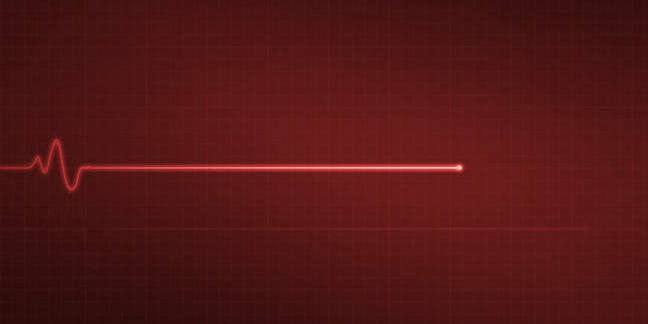 On Call Welcome once more to On Call, our weekly column where Reg readers share their tales of tech support problems solved.

This week, meet "Arron", who told us about a user who got in touch to complain about a broken laptop, requesting a replacement.

"I love it when they're vague and immediately go for the new-shiny-shiny approach," Arron told us, sceptical that the problem was un-fixable.

"Obviously, I asked what was wrong with it and was told that it made a loud, shrill screeching noise when it was turned on."

After checking that the user had indeed turned it off and on again – and that the noise remained – Arron asked the user to pop into his office so he could take a look.

"The user turned up, opened up the laptop and switched it on," Arron said. "There was silence initially, but as soon as it reached the Windows login screen, a loud and constant 'BEEEEEEP' came blasting out of the speakers."

Arron pressed the mute button, which silenced it, and thus confirmed that it was sound card related.

He then asked the user to log on, and noticed all the apps that were already loaded.

"Specifically, the browser tab that was currently open," Arron said.

"It was one of those 'Your computer is full of errors!!! OMG download this nasty malware to fix it' pages."

As any normal user would, Arron instinctively closed it. Then, on something of a whim, he turned the mute off.

Arron told us that the user had managed to get directed to a hijacked page in Chrome, which was playing a loud and shrill beep to enhance the impression that their computer was indeed broken.

"They'd been focused on a different program at the time and hadn't noticed this," Arron said, generously.

On top of this, though, Arron found that the user had switched the Windows shutdown button to default to Hibernate.

"So when they shut it down and powered it back up, all the apps – including the dodgy tab – immediately reloaded.

"The user hadn't deemed it relevant to mention this."

Arron informed the user that it wasn't company policy to replace laptops "simply due to a dodgy tab being open in the browser".

Suitably admonished, the user went on their way.

Have you ever fixed a non-problem for a user? Or maybe you were duped by a clever trick? Tell On Call by emailing direct here or via our Vulture's author page. ®