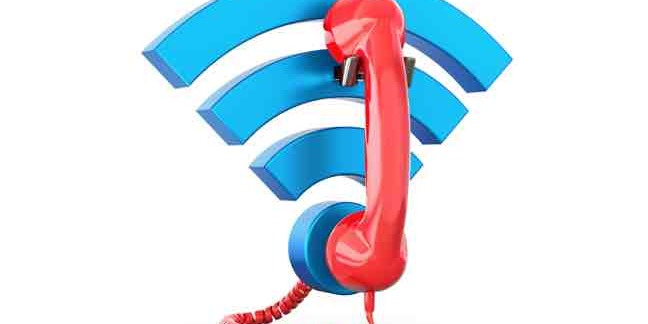 Boffins from Michigan State University in the US and National Chiao Tung University in Taiwan have found that the Wi-Fi calling services offered by AT&T, T-Mobile US, and Verizon suffer from four security flaws that can be exploited to attack mobile phone users, leaking private information, harassing them, or interfering with service.

"Given these security mechanisms, which have been well studied in the VoLTE [Voice over LTE] and cellular networks for years, it seems that the Wi-Fi calling should be as secure as the VoLTE," the researchers state in their paper. "Unfortunately, it is not the case. We have identified several security threats in the Wi-Fi calling services deployed by T-Mobile, Verizon and AT&T in the US."

They attribute the flaws to "design defects of Wi-Fi calling standards, implementation issues of Wi-Fi calling devices, and operational slips of cellular networks." And to underscore the need to improve the security of Wi-Fi calls, they point out that Wi-Fi calling is expected to surpass VoLTE and VoIP (e.g. Skype) services this year in terms of usage time.

In the attack scenario described by the researchers, the victim is a mobile user who connects to a Wi-Fi access point with a device that has a Wi-Fi calling service. Specifically, the boffins tested eight smartphone models – Samsung Galaxy S6/S7/S8/J7, Apple iPhone 6/7/8, and Google Nexus 6P – with Wi-Fi calling from AT&T, T-Mobile, and Verizon.

The first flaw identified involves the 3GPP Wi-Fi network selection mechanism, which does not exclude insecure Wi-Fi networks when choosing a network for connection. By definition, it's disadvantageous to choose to connect to an insecure network if security is a concern.

The second is that devices making Wi-Fi calls lack defenses against ARP (Address Resolution Protocol) spoofing/poisoning attacks, which the researchers say is often a precursor to a man-in-the-middle attack. A successful attack could allow an adversary to intercept the network packets associated with a Wi-Fi calling device.

The third flaw found has to do with the way the three US carriers' implement IPSec protection, which turns out to be vulnerable to side channel attacks that can leak private information. Because Wi-Fi calling is the only service carried over IPSec in this scenario, it's possible to infer the Wi-Fi call events that occur (e.g. making/receiving a call).

The fourth vulnerability, say the researchers, is a design defect in the way Wi-Fi calling standards work. Wi-Fi calling protocols are set up to only consider the quality of Wi-Fi links when initiating a connection. But once a functional link is established, a Wi-Fi calling device won't switch to the cellular network if Wi-Fi packets keep getting dropped. This allows an adversary to force Wi-Fi callers to remain on a malicious Wi-Fi network with degraded service.

A practical mitigation for these attacks, the researchers say, involves running a VPN on mobile devices. Upgrading Wi-Fi calling standards would be a more comprehensive fix but that won't happen quickly.

The boffins say they've informed the telecom companies and device makers about their findings and are awaiting a response. Google, they say, answered already, classifying the DoS vulnerability as a low-severity issue to be fixed at the next opportunity.

The Register asked AT&T, T-Mobile US, and Verizon for comment. We've yet to hear back. ®