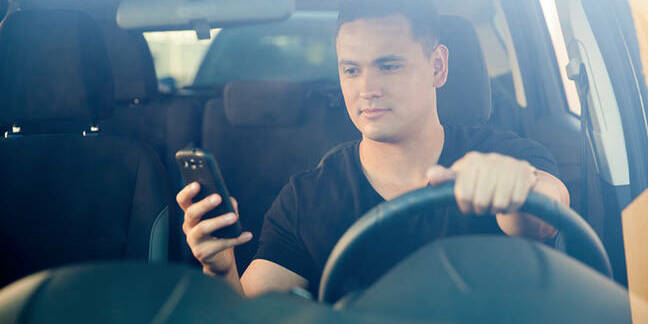 The Federal Communications Commission (FCC) has been criticized as "arbitrary and reckless" for pushing a plan to change how text messages are regulated without looking at the impact it may have.

More than 20 organizations have written [PDF] to the American regulator on Wednesday asking it to delay or reconsider its plan to classify text messages as "information services" rather than "telecommunications services" later this month, until it has considered the decision's repercussions.

The federal watchdog is unlikely to listen however and the issue is just the latest in a string of decisions that have made a mockery of the policy-making body's processes. As with the other decisions – on net neutrality, TV licenses and 5G – the sole beneficiaries of the decision will be the cable and telecommunications giants that the FCC is supposed to oversee.

The current FCC administration has adopted a policy of removing itself from as much oversight as possible, repeatedly going to the trouble of finding workarounds to its own rules. In this case it has patched together a justification for rejecting the request by claiming that the reclassification will help tackle spam texts. It won't.

In reality, the classification will both lift constraints on large telcos – they will henceforth be allowed to block whatever texts they want – while also relieving them of the need to pay into the FCC's Universal Service Fund. That fund is used to pay for subsidy programs across the US so people can get cheaper internet and phone connections. Some estimate that billions of dollars could be at stake.

In short, large telcos will get more power over text messaging while saving themselves billions of dollars. The losers will be lower income households and groups that use text messaging to organize around issues that the large telcos decide they don't like.

In its letter to the FCC, the organizations note that the initial request to classify text messaging as a "Title II" service stemmed from a decision by Verizon to block text messages from the activist group NARAL - which believes in protecting abortion rights - because Verizon felt its views were "too controversial." The company backed down after protests.

Similar blocking has been experienced by immigration rights activists, advocates for legalized marijuana and other campaign issues associated with the political left.

By classifying texts as "information services," telcos are given much greater leeway to decide what can be done with the service, which may include more blocking of content. The FCC has decided that this means telcos will no longer be "restricted" from removing text spam on its network, even though there is no evidence that any such restrictions exist.

But the real reason for the decision is that it not only pulls the FCC further away from regulating the cable industry – something that FCC chair Ajit Pai paints as "light touch regulation" – but also removes the requirement of telcos to pay into the Universal Service Fund.

"This classification order will not only miss an important and desperately needed opportunity to expand USF funding, it will actually reduce funding by some unknown amount. Given the enormous importance you as Chairman have placed on closing the digital divide for all Americans we urge you to rethink the decision to eliminate this important source of USF funding."

As with similar FCC decisions that fly in the face of consumers and into the arm of large corporations, the FCC has been granted a veneer of respectability by "non partisan" think-tank AEI, which has published a blog post arguing that text messaging itself it at risk if the new measure doesn't pass.

Its logic appears to be that large telcos need to be free to compete with services like Apple's iMessage and Facebook's WhatsApp – which offer their messaging services for free. That's an argument that turns the world on its head since the reason those services are so popular is precisely because mobile operators have tried to squeeze as much money as possible out of texting, even though the service costs them next to nothing.

In case anyone has forgotten, text messages were originally an engineering function that the first mobile engineers left in and which telcos were initially extremely skeptical of – until they found a way to make money from the service.

The FCC classification decision this month highlights the same two issues that many recent FCC decisions have done.

First, that there needs to be new classifications for modern digital services such as texting and broadband – the old classifications simply don't work; and second, that the current FCC leadership seems determined to protect the business models of the large corporations it is supposed to oversee in the face of competition from other, less established companies. ®