Come 2001, Capcom’s stateside team re-imagined the franchise in three dimensions, releasing Maximo: Ghosts to Glory onto PlayStation 2. Set in the same world as Ghosts ‘n Goblins, it introduced many new characters and creatures, but was flawed by poor camera controls and some annoying play mechanics. 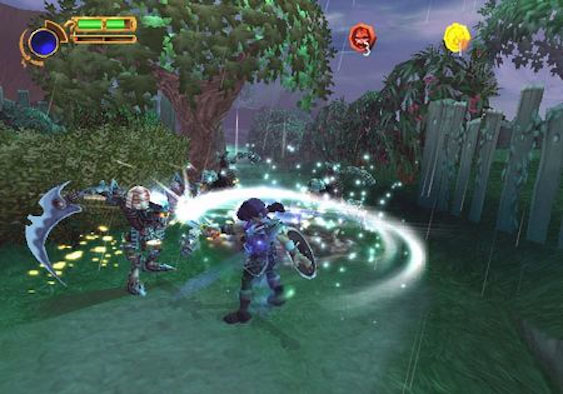 Maximo vs. Army of Zin on PS2

The sequel, Maximo vs. The Army of Zin, balanced out a number of the gameplay issues, and was a far more accomplished title. Regrettably, it never made the impression its developers were hoping for, and a further sequel was canned.

Later, understanding that the original titles were still held dearly, Capcom cashed in with Ultimate Ghosts ‘n Goblins (2006) for PlayStation Portable. Wisely sensing that modern players could be deterred by ridiculous difficulty levels, Standard and Novice modes allowed players a less deadly route into the action. The title also ditched the linear nature of the originals, granting the player access to previous levels so as to search out a selection of golden rings hidden throughout. 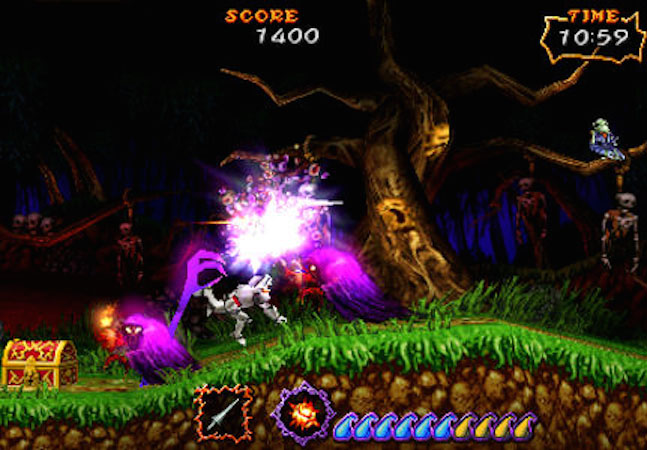 In more recent times, Ghosts ‘n Goblins: Gold Knights (2009) arrived for iOS, with a sequel the following year. Both titles granted the choice of alternative playable characters – Sir Lancelot and Sir Perceval – with marked variation in their attack abilities. Some were disappointed at the titles’ lack of trickiness, given the hereditary tradition, yet most recognized them as solid, worthwhile platformers in any case. 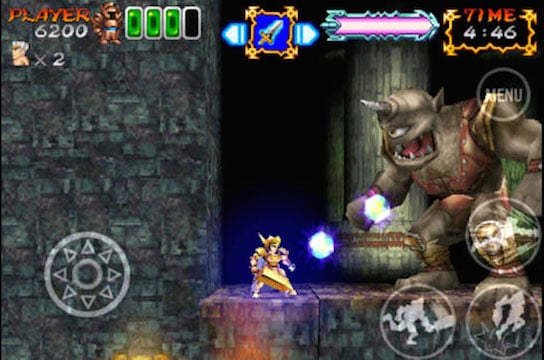 Modern games are for wimps

It’s interesting to note how the immense difficulty contained in the Ghosts ‘n Goblins franchise was gradually drained away over the years, as the game adjusted to audiences with different expectations. Back in the '80s, games really didn’t have to try too hard to gain players’ attention – relatively, there simply wasn’t much choice. And in that context, the treacherousness of Ghosts ‘n Goblins managed to get its claws into gamers. It was a talking point. To get past level one was a sign of worthiness. To finish it made you a demi-god. 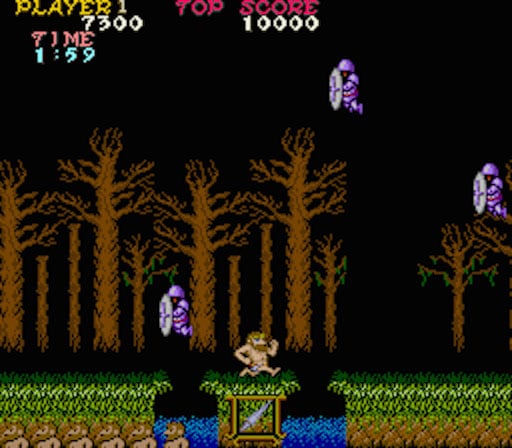 Times were hard in the old days: be ready for these flying bastards and you might make progress

One thing’s certain: that intense difficulty level made a shed-load of cash for arcade owners, and these days the ‘magic’ of such low-thrills, hard as nails robbery wouldn’t wash. There’s just too much other entertainment out there for most gamers to bother.

As for future titles, Capcom are wise enough to know that having planted the Ghosts ‘n Goblins seed in the minds of '80s and '90s youth, such memories can lead to strong sales of any reboots and sequels they might care to chuck out there. Having said that, perhaps Sir Arthur’s coat of armour is starting to get a little rusty, and its time for him to sneak off to retirement in his pants instead. ®

The Capcom pages on iTunes have three Ghosts'n Goblins games available for iOS.