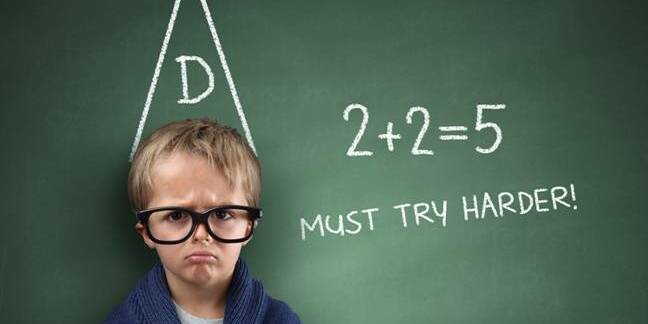 On Call To no one’s surprise, Friday has arrived again, and brings with it On Call, El Reg’s weekly foray into the best (and the worst) technical problems our readers have helped solve over the years.

This week, a very forthright “Bill” has written in to tell us about his time working in the tech department of a small IT firm for which he apparently has little professional respect.

“It offered questionable quality computers and peripherals as well as extremely amateurish network installations,” he said.

“We would usually be on the road three to four days a week, with the remaining time spent in the workshop building barely serviceable PCs out of third-rate components, sourced always from the supplier with the cheapest, nastiest and least reliable components on offer.”

As well as, in Bill’s words, “building the shittest PCs known to humankind”, he and his team manned the help desk.

This meant dealing with a “multitude of (justifiably) irate customers who'd had the misfortune to be lured in with one of the company's spammed fax messages”.

A lot of the people who “elected to spend their hard-earned cash on the tripe we had on offer” weren’t “the sharpest tools in the box”, Bill said, as he continued to mince his words.

“One such valued client called the office when I was there,” he said. “I can't remember the exact nature of the problem he called with but it wasn't his only one, of that I am sure.”

Nonetheless, the one he had called on Bill to solve had to begin with a walkthrough of the basic settings, and so Bill asked the user to open the control panel.

“OK, where is it?” came the reply, to which Bill explained it was under ‘Settings’ on the start menu.

“What’s the start menu?” the user said, met quickly by the sound of Bill rolling his eyes.

“It's the thing that pops up when you press the start button,” he replied.

“And what’s the start button?” our user asked, no doubt becoming aware it was a good thing he was physically distant from Bill.

“It’s in the bottom corner of the screen,” Bill said through grated teeth. “Can you see it?”

When the user answered in the affirmative, Bill no doubt did mental cartwheels, as the problem inched closer to being fixed – but alas the pantomime was to continue.

“In the menu that just popped up,” Bill said, barely keeping a grip on himself.

“Oh, that's strange, what can you see?” Bill asked – perhaps there was a real issue, after all.

Bill continued on. “You mean there's no menu at all?”

“Nothing," came the reply.

“Ok, that's very strange, what did you do?” Bill asked, still in the dark.

The user, disgruntled at the impertinence of Bill, questioning whether he had followed the instructions, replied: “I just pressed the button on the corner of the screen like you told me to!"

And, lo, the penny dropped for Bill.

“…You mean the power button?”

Our erstwhile hero said that at this point his memory of the call goes blank. "I believe several parts of my brain fused together."

El Reg is sure Bill has plenty more stories to tell from his time at this fine establishment – but could you do better? Drop a line to On Call if you can beat this tale of sheer user error. ®