Have a gander at this: Amazon agrees not to act as Silicon Valley's foie gras dealer 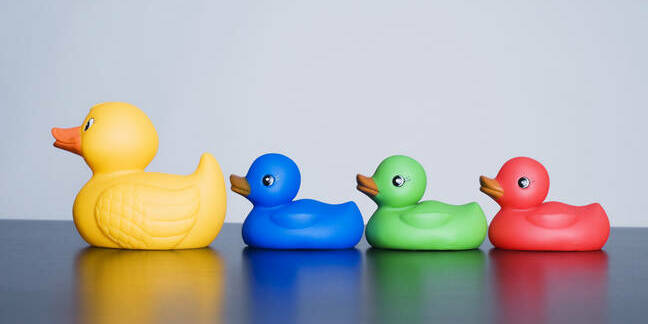 Amazon will not sell pate made from the livers of force-fed ducks and geese in California, and has agreed to pay $100,000 in penalties after a civil suit was brought against its brown box delivery biz.

̣Foie gras is enlarged duck or goose liver, which is made using the unpalatable process of gavage, in which birds are force-fed corn through metal tubes that causes them painful diseases.

In light of the cruelty of the process, the Terminator-turned-governor signed the ban on selling foie gras in California into law 2004, and it became effective in 2012.

District attorneys in Monterey and Los Angeles counties in 2015 alleged that Amazon had sold foie gras to customers in California – although Los Angeles County District Attorney Jackie Lacey said in a statement (PDF) that the firm had blocked such sales immediately.

Following negotiations between the district attorneys – during which time the foie gras industry also unsuccessfully challenged the law – Amazon has now agreed on a settlement, which was signed off last week.

It will see it ban the sale of foie gras in California and pay $100,000 in civil penalties, investigative costs and restitution. The money will go into a state trust fund that is used to enforce consumer protection laws.

The settlement over the fatty birds' liver follows the revelation that merchants using Amazon's UK marketplace were selling recreational cannabis.

In that case, El Reg grassed the vendors up to the Amazon PR team, and the firm told us the products in question – which aren't legal in the UK – were no longer available. ®