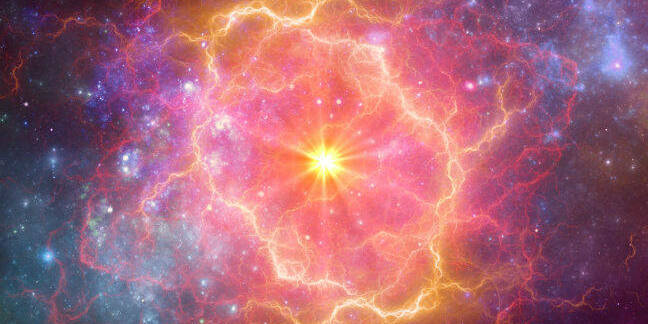 A gigantic supernova explosion may have triggered mass extinctions for creatures living in Earth’s prehistoric oceans some 2.6 million years ago, according to new research published in Astrobiology.

Marine animals like the megalodon, a fearsome shark around 10.5 meters (34 ft) long and with huge jaws full of sharp, pointy teeth, suddenly disappeared during the late Pliocene. Around the same time, scientists from the University of Kansas and the Federal University of São Carlos, noticed a peak in the iron-60 isotope in ancient seabeds.

“As far back as the mid-1990s, people said, ‘Hey, look for iron-60. It’s a telltale because there’s no other way for it to get to Earth but from a supernova.’ Because iron-60 is radioactive, if it was formed with the Earth it would be long gone by now. So, it had to have been rained down on us,” explained Adrian Melott, lead author of the paper and a physics and astronomy professor at the University of Kansas.

“There’s some debate about whether there was only one supernova really nearby or a whole chain of them. I kind of favor a combo of the two — a big chain with one that was unusually powerful and close. If you look at iron-60 residue, there’s a huge spike 2.6 million years ago, but there’s excess scattered clear back 10 million years.”

The team believes that a supernova located 150 light years away set of a chain of supernovae bursts and covered the Earth in a shroud of deadly cosmic ray radiation. This was amplified, Melott said, because the Solar System is right on the edge of an area of the interstellar medium called the Local Bubble.

The Local Bubble extends about 300 light years across and contains the two main clouds of dust and gas: Local Interstellar Cloud and the G-Cloud.“It’s basically very hot, very low-density gas — nearly all the gas clouds have been swept out of it. The best way to manufacture a bubble like that is a whole bunch of supernovae blows it bigger and bigger, and that seems to fit well with idea of a chain,” said Melott.

As the supernovae ejected cosmic rays, these beams of energetic particles would have repeatedly bounced off the clouds to create a “cosmic-ray bath” that could have lasted 10,000 to 100,000 years, he postulates. Some of that radiation such as cosmic ray muons would have leaked onto Earth, and over time it could have led to genetic mutations and cancers.

Muons pass through Earth all the time, but during peak iron-60 times the number would have been large enough to cause health problems for animal life. The researchers estimate that the cancer rate would increase by about 50 per cent for animals that were as big as humans, and rise even higher for larger creatures. Animals like the megalodon would have absorbed enough radiation to develop cancers and die off prematurely.

“There really hasn’t been any good explanation for the marine megafaunal extinction,” Melott said. “This could be one. It’s this paradigm change — we know something happened and when it happened, so for the first time we can really dig in and look for things in a definite way. We now can get really definite about what the effects of radiation would be in a way that wasn’t possible before." ®