Brit cops have put away a fraudster who was using a bizarre homemade device to con people out of the contents of their bank accounts.

One of those devices was this… thing. A home-built mixture of what looks to be AV equipment and a couple numerical input devices. 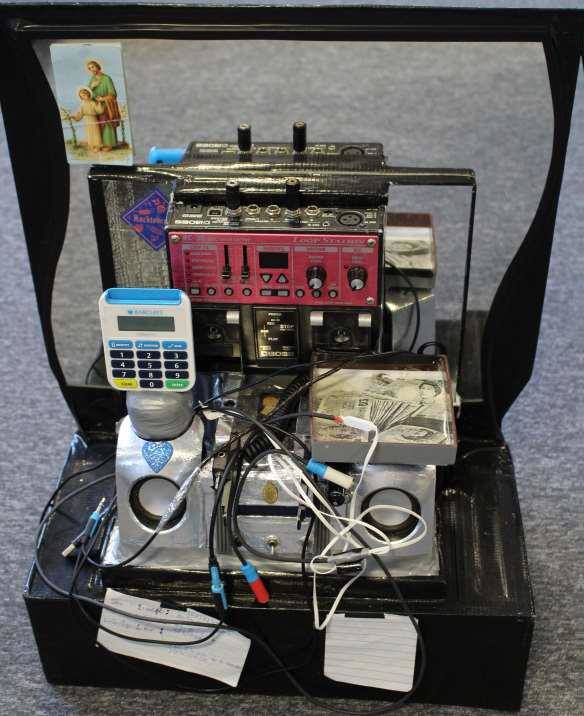 Police say Muldowney-Colston was using the device to impersonate banks in order to steal customer accounts, but doesn't go as far as to explain how that worked.

The Telegraph has a bit more detail, explaining that the device altered Muldowney-Colston's voice to allow him to impersonate people of various ages and genders. For example, he could change his voice to pretend to be a female bank official when trying to harvest account details from customers.

Aside from the odd voice machine, a raid of the man's home yielded more than 100 pieces of evidence, including a hard drive containing deals on passports, ID cards, credit cards, and a spreadsheet with names and contact information for targets.

The scheme seemed to work well enough; cops estimate Muldowney–Colston made off with about £500,000 by the time he was caught.

This isn't Muldowney-Colston's first brush with the law, to say the least. A known con-man who was convicted for stealing £1.3m from Barclays in 2014, he also gained notoriety in the late 80s for organizing raves and was known as the 'King of Acid House' at one point.

"The scam carried out by Muldowney–Colston affected hundreds of people across the UK, and had the potential to affect many more. He is an audacious criminal who only recently was released from prison for carrying out very similar offences," Met Police Detective Inspector Philip McInerney said.

"This should send a clear message to anyone considering committing crimes of this nature that we have the tools and methods to identify you and bring you to justice." ®