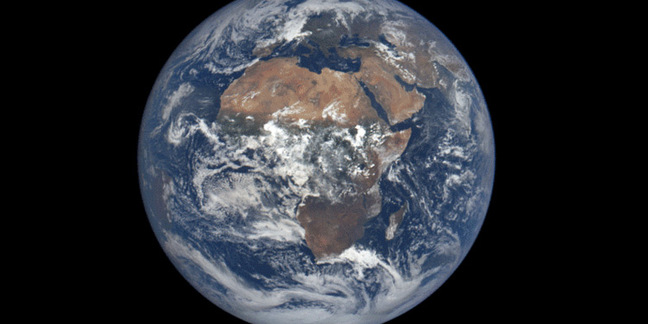 Comment Nothing sums up Europe's tech dilemma like the deep and meaningful partnership two of its biggest telcos touted this week. The CEOs of Orange (Stéphane Richard) and Deutsche Telekom (Timotheus Höttges) see more than €120bn a year flow through their combined cash tills. The two were on stage at Orange's innovation showcase in Paris to team up on AI, and they had a mission.

"Europe is moving in the right direction," said Höttges. "We are unique in the way Europe is protecting the data of its citizens. Despite criticism about the Brussels authorities and data protection legislation, GDPR [the General Data Protection Directive] is the highlight of Europe."

He added: "It's worth fighting for Europe. For the next generation." Against whom, though?

Richard agreed, and in the next breath announced a new partnership with Amazon. The pair's latest co-developed product was a smart speaker called Djingo in France and Magenta in Germany (Djingo was unveiled last year. Although the two telcos co-developed Djingo AI, it would have to hand off search queries to, er, Amazon.)

Next, Richard spoke about Orange's partnership with Google on its undersea fibre optic cable project Dunant.

Well done, Orange. Nothing says "socking it to GAFA" [Google, Amazon, Facebook, Apple] quite like teaming up with GAFA.

Richard said Djingo represented ethical data treatment, as all consumer data would be stored on European soil. It's possible that also means the parts handled by Amazon – and press and analysts asked about this – but we're not sure yet.

The dilemma referred to at the start is that the ecosystems Orange and Deutsche Telekom would like to create – and Orange was presenting lots of really quite attractive, well-thought-out and useful services – still rely on the companies that they say are not compatible with Europe's view on how data should be treated.

Isn't there a European search engine they can use to answer dumb questions, like DuckDuckGo, the paranoid's favourite? No, because DuckDuckGo is American. How about the weird French one that even the French don't use? Exactly.

Therein lies the rub. Big, trusted internet brands remain American, as Orange presumably found out after it launched its original first-gen Djingo speaker. Orange isn't even the first French mobile operator to launch a smart speaker with Amazon inside; Iliad already does that.

Höttges said they needed to win the "second half" of the digitisation era after a "first half" dominated by American and Chinese companies. "For our children."

He continued: "Major internet platforms and national industrial policy are challenged from China too. Europe will lose the second half if we do not do something about it." Here he meant cloud, data and AI.

The Deutsche Telekom chief even castigated Germans for not getting with AI.

"In China, 91 per cent of all companies believe in the potential of AI. In the USA it is 97 per cent. But in Germany, only 51 per cent believe AI will make their business better."

There's hope then. Given German industrial success, and the fact they know one or two things about building robots, who would you go with?

The two CEOs strongly agreed on another thing: the regulators should make it easier. It was crazy that are 28 different spectrum regulators, says Richard. They're gearing up to make sure the 2019 Commission makes "a genuine digital single market" a reality, he said. ®