UK regulator Ofcom wants ISPs and networks to tell customers when their contract is up and inform them of better deals. The consultation (PDF) was launched today alongside a review of broadband prices.

The proposal would apply to TV and phone providers too, across both consumer and business markets. Ofcom already has a consultation on mobile contracts, questioning why consumers keep paying a high fee for a device-plus-airtime bundle after the device has been paid off.

Under the new proposal, Ofcom envisages that consumers would receive a notice between 10 and 40 days before the contract was up giving clear pricing information, and what other deals the provider offers. Mobile networks would have to include at least one SIM-only offer in the options given to customers.

Ofcom research found that dual-play consumers pay around 19 per cent more once they're out of contract, and triple-play 26 per cent more. 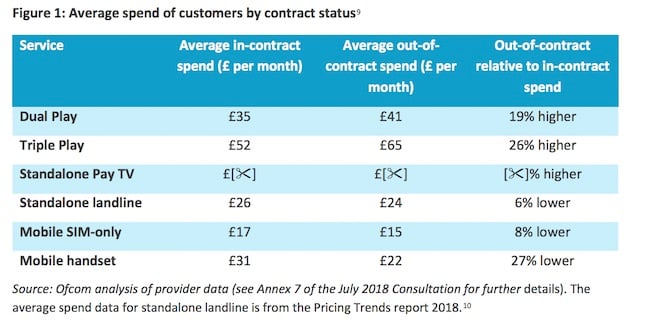 "We acknowledge there are some differences between residential consumers and small businesses that have informed our proposals," the regulator said. And it foresees difficulties when services like Netflix and Spotify are bundled with the contract. Two providers have highlighted this issue, but we don't know which two because it's been redacted.

The move would bring the UK into line with the EU's revised European Electronic Communications Code that came into effect at the start of the month. Providers have until 1 February to respond.