Time for a cracker joke: What's got one ball and buttons in the wrong place?

The user in this On Call would prefer we didn't tell... 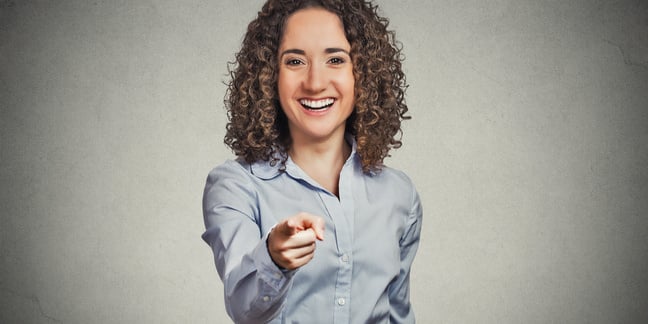 On Call How many sleeps 'till Christmas? We don't care, because here at El Reg, we count in On Calls, and we can tell you there are plenty to come, so fret not.

This week's On Call column of tech problems solved with panache stars not one, but two basic user errors that took very little thought to fix. Just the kind of thing the IT support desk fancies at this time of year.

First, we meet "Matthew", who tells us about a time back in the '90s when he was in the midst of a technical and ideological war.

"No, not PC vs Mac or OS/2 vs Windows or PS/2 vs Compatible," he said. "I'm talking about mouse versus trackball."

The company Matthew was working at only used trackballs, but when he got a call from a customer service rep that her trackball wasn't working, he ran into a problem.

"I didn't have any in stock, so I placed an order for some more and then grabbed a mouse I had lying around," Matthew said.

"I ran up to her desk, but she wasn't in her cube so I replaced the trackball with the mouse."

Vulture-eyed readers will see where this one is going, but Matthew dutifully headed back up to see what the problem was.

About 10 minutes after returning to his desk, the user calls down again.

"Matthew, thanks for the replacement but there seems to be something wrong… When I try to go up, it goes down, and when I try to go left it goes right. The buttons are also in a weird place."

"And, sure enough, she had turned the mouse upside down to make it a trackball."

Matthew grabbed the mouse, flipped it over and was greeted with laughter and a request to keep schtum about her cock-up.

Our second story features someone who should probably have known better, as "Mark" tells us.

"Shortly after I started my career in IT, I was working for a small company and one day the manager in charge of software development called to say he couldn’t get on to the network," he said.

On heading over to the manager's office, Mark quickly spotted the problem.

"This was in the days when laptops came with both modems and network cards built in… he had plugged the network cable into the modem."

After plugging the cable into the correct jack, he was up and running. When Mark told him what the problem was he was, the user was desperate for it to be kept under wraps.

"As a manager in IT, such a rookie mistake would be embarrassing," Mark said. "I told him I could be bribed with chocolate. A couple of days later, a big bar showed up at my desk."

And what better way to continue the countdown to Christmas than chocolatey bribes for an easy job, well done.

If you have any festive tales of tech support problems or New Year's dramas – perhaps you have a fond memory about the Millennium Bug – then On Call would love to hear them.