Roll a diplomacy check to win the election: Vote tie resolved by a D20 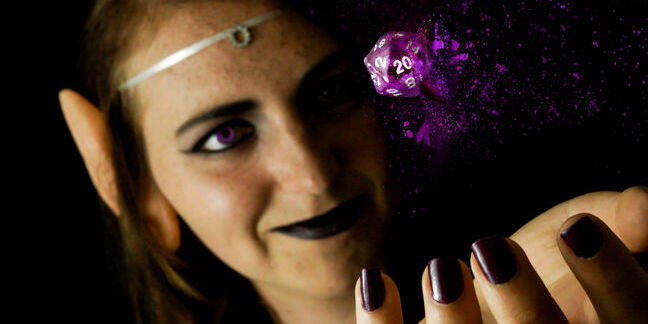 When two candidates running for director of Byron-Bethany Irrigation District in California found themselves locked in a bizarre tie earlier this month, the authority sought to resolve the stalemate in a swift and decisive manner – by reaching for a D20.

In a strange twist of fate, incumbent Larry Enos Jr and challenger Milan "Pete" Petrovich each won 51 votes. Only 147 voters were eligible and 110 voted, but eight made no selection. By law, ties must be broken by drawing lots, but the method does not matter.

Any random number-generating game would have sufficed – a coin toss, cards, rock paper scissors – but the office, er, wizard happened to have a 20-sided die from a Dungeons & Dragons set lying around, and this, rolled three times, would have a good chance of the tiebreaker not ending in another draw.

In a tense, sweaty roll-off livestreamed on Facebook to three whole people (judging by the video report below), upstart Petrovich went 16, 16, 13 for 45, but was crushed by old-guard Enos with 15, 16, 20 for 51. Yes, Enos won the election by rolling a Natural 20, which is an automatic hit and likely a critical hit (crit) too. He basically one-shot his competition.

Scott Konopasek, assistant registrar of voters in Contra Costa County, told CBS's San Francisco news channel KPIX-TV that he could see the D20 being used to resolve such issues more in future as elections move from city to district-wide.

So brush up on your CHR, DEX and INT*. Syspaladin or open-sorcerer, Lawful Good or Chaotic Evil, you too could solve those office disputes with a simple cast of a 20-sided die. ®

* Charisma, Dexterity, Intelligence... Sigh. Sadly, we didn't have to look this up. Other fantasy games can be played with a D20. Not sold separately. Ahem. [Reg dork-desk]