Is Google purposefully breaking Microsoft, Apple browsers on its websites? Some insiders are confident it is

Google's doing to Microsoft what Microsoft did to everyone in the 1990s... allegedly, cough 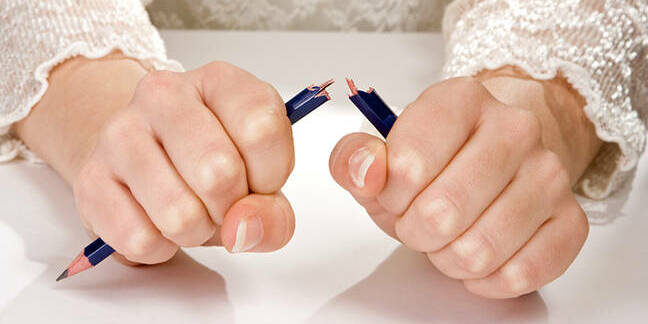 Analysis In what can only be described as painfully ironic, Microsoft engineers are seemingly convinced that Google is making changes to its websites in order to break rival browsers.

Someone claiming to have worked to Microsoft's Edge team has alleged that Redmond ditched its own browser engine, EdgeHTML, in favor of Google's Chromium was mainly because "Google kept making changes to its sites that broke other browsers, and we couldn't keep up."

The netizen, Joshua Bakita, gave as "just one example" the appearance of a seemingly useless empty HTML div tag in YouTube videos that had the effect of slowing down the Edge browser. According to the intern, that tag caused "our hardware acceleration fast-path to bail" with the result that the browser's speed advantage over Google's Chrome disappeared.

He also claimed that shortly after the appearance of the div tag, Google "started advertising Chrome's dominance over Edge on video-watching battery life" before concluding: "What makes it so sad, is that their claimed dominance was not due to ingenious optimization work by Chrome, but due to a failure of YouTube. On the whole, they only made the web slower."

If true, the deliberate slowdown of a rival browser would be especially ironic given Microsoft's role in the "browser wars" in the late 1990s, when the software giant used its market dominance to repeatedly screw over main browser rival Netscape Navigator.

Microsoft used its control of pretty much everyone's desktop operating system, Windows, to force its Internet Explorer browser onto everyone's PC, and then, once it had become a big player in the browser market, persistently chose to implement different standards.

Microsoft was investigated for antitrust behavior in both the US and Europe while it enjoyed almost complete control of the browser world, until it was out-innovated by Mozilla's Firefox and then by Google's Chrome. Now Chrome dominates the arena, and many suspect Google is following the exact same approach of abusing that dominance in an effort to cement control of the market.

But is it? Or are we all just fed up with Google and Facebook abusing their power to avoid accountability, sell personal data, screw around with always-on location tracking, distort the markets in their favor, lobby lawmakers to get what they want, and then fail to notice things like Kremlin-masterminded propaganda campaigns on their platforms?

Oh, and secretly push for censored versions of their products for the Chinese market, and then pretend they haven’t when discovered.

Well, the author of the claim that Google added a div tag just to mess with Edge is not exactly a lead engineer – he was an intern at Microsoft. He also questioned his own claim of interference, noting "while I'm not sure I'm convinced that YouTube was changed intentionally to slow Edge, many of my co-workers are quite convinced – and they're the ones who looked into it personally."

It's clear this is not a solid allegation. In order to bolster his case, he wrote that "YouTube turned down our request to remove the hidden empty div and did not elaborate further." But, again, that doesn't prove anything. It was also separately claimed that the Chocolate Factory has been up to shenanigans with Apple's Safari on iPads and its G Suite of applications:

Make no mistake, Google crippling GSuite on iPad is absolutely intentional. They can singlehandedly propel the narrative that MobileSafari isn't a good browser, especially in businesses and education. If Apple were to improve Safari, Google would just break something new https://t.co/40l5uNs5Jm

Web developers, meanwhile, chimed in, noting that they often add empty div tags in code for a number of reasons. "I can point to hundreds upon hundreds of hidden, invisible, and obscured DOM elements that have no obvious reason to for existing to someone outside the code-base," wrote one in response, on Hacker News.

"We often use empty DIVs for catching mouse events," said another. Others proposed that it could be used as a container for branding and annotations, or for catching out and blocking bots attempting to inflate video viewing figures and clicks. In short, there are lots of reasons why an empty div tag may have been added.

The claim that Google started advertising Chrome's superiority over other browsers when it comes to YouTube is also questioned by online commenters, although their credibility is also questionable since no one gave any indication of what efforts they went to in order to discover if the claim was true.

In short, there is precious little evidence that Google is doing anything to disrupt other browsers. And even if there was better evidence, Google would no doubt have a technical explanation or some kind of plausible deniability.

But that doesn't escape the fact that the post, as poorly sourced as it is, has gone the round of the tech community today. And the reason for that is quite clear: with Microsoft announcing it will shift its browser engine to Chromium, Google now has an uncomfortably large degree of control.

Google is a fierce competitor with highly talented employees and a monopolistic hold on unique assets. Google’s dominance across search, advertising, smartphones, and data capture creates a vastly tilted playing field that works against the rest of us.

From a social, civic and individual empowerment perspective ceding control of fundamental online infrastructure to a single company is terrible. This is why Mozilla exists. We compete with Google not because it’s a good business opportunity. We compete with Google because the health of the internet and online life depend on competition and choice. They depend on consumers being able to decide we want something better and to take action.

Making Google more powerful is risky on many fronts. And a big part of the answer depends on what the web developers and businesses who create services and websites do. If one product like Chromium has enough market share, then it becomes easier for web developers and businesses to decide not to worry if their services and sites work with anything other than Chromium. That’s what happened when Microsoft had a monopoly on browsers in the early 2000s before Firefox was released. And it could happen again.

Despite all the antitrust probing in the 1990s and early 2000s, today's generation of Big Tech has shown itself more than willing to screw over rivals and users, and then lie about it. For Google, the fact that it was willing to develop its censored Dragonfly search product for China and did everything in its power to keep the project secret, and that it secretly paid off executives accused of sexual harassment, points to the fact that its culture is going the way of other massive corporations in the past.

And then there's Facebook, which has shown itself to be a wholly untrustworthy company, and one that is willing to hire political attack firm to plant anti-Semitic smears against its critics. And then lie about it.

If Google is later proved to be messing with its code solely to disrupt rivals, the fact that a Microsoft intern first flagged it will be a delicious irony. We've pinged Google for comment. ®

Updated to add on December 19

A spokesperson for the online ad giant has been in touch to say:

YouTube does not add code designed to defeat optimizations in other browsers, and works quickly to fix bugs when they’re discovered. Google has been a champion of the open web since its inception and has continued to work with others in the ecosystem to make the web faster, safer, more capable, and more interoperable. We regularly engage with other browser vendors through standards bodies, the Web Platform Tests project, the open-source Chromium project and more to improve browser interoperability.

Separately, we understand the weird empty div tag on YouTube videos, the one that knackered Edge's hardware acceleration, was declared a "bug" and removed.