It's panto season in this week's Microsoft roundup 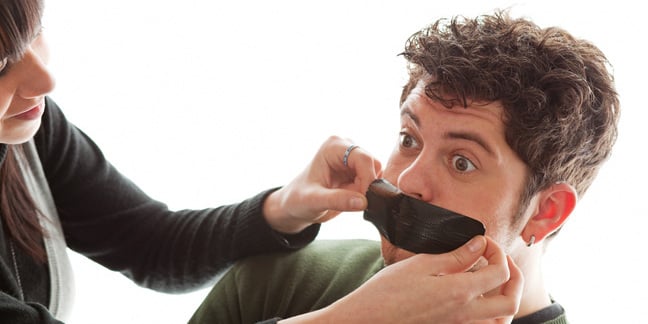 Windows Update – a special Insider Ring of its own? (oh no isn’t)

Sometimes it is hard not to feel sorry for Microsoft, as Windows corporate veep Michael Fortin kicked off a self-inflicted storm over the quality of Windows 10 updates.

Certainly, it has been a bad year for Windows 10, with a major release accidentally deleting files, and smaller patches leaving Microsoft’s premium devices in a poorly state. Fortin, therefore, wanted to explain that the software giant really did care about quality and reiterated how it all works.

As most right-minded Reg readers know, Microsoft emits "B" releases (aka Patch Tuesday) on the second Tuesday of each month. These bad boys are the ones the gang at Redmond really want you to install and contain security patches mixed into the fun.

The team might also fling out an out-of-band security fix if something bad happens that can't wait.

Then there are the "C" and "D" releases. These hit on the third and fourth week of the month, are optional, and give IT pros an idea of what non-security stuff is going to hit in the next "B" release.

It has been this way for a while now. Microsoft's John Wilcox explained as much back in August.

Fortin, however, triggered users who were already sensitive following the last few months of update woe by pointing out that the "D" release "has proven popular for those 'seeking' to validate the non-security content of the next 'B' release."

Uh oh. Does that mean Microsoft is spewing out unvalidated updates to unwitting "seekers"? Seekers, for those humming "Georgy Girl" to themselves, actually refers to people who click the "Check for Updates" button rather than an Australian folk group.

No, it does not. In fact, Fortin's post was hurriedly updated with the text "These are validated, production-quality optional releases" shoehorned in to the blog to emphasise the point, but by then the damage was done.

There was, alas, no indication of what Fortin meant by "production quality". Presumably the same quality that led to a Windows 10 release which, when provoked, would delete files.

Having been trailed earlier this year, Microsoft has made static websites a thing on Azure Storage over all public cloud regions.

Rather than having a site built dynamically using the likes of ASP.Net, a static website relies on HTML, CSS and JavaScript files uploaded and hosted in storage. It is all delightfully old-school and also far less resource intensive than building content on-the-fly.

Once enabled on the Azure Storage account, a container named $web is created into which a customer can upload files. There is no extra charge for the facility.

At this point, Amazon might be forgiven for emitting a little cough and gesturing at Amazon S3, which gained the tools necessary for hosting a static website back in 2011. Microsoft is therefore a little late to the party.

But, as Azure continues to creep up behind AWS in the cloud stakes, better late than never.

The gang at Redmond has open sourced yet another Research project in the form of its Trill engine, named for processing "a trillion events per day" rather than a beloved Douglas Adams character.

Trill is aimed at processing massive amounts of data and gives devs a temporal query language to deal with real-time queries. Microsoft claims that functionality such as filters are limited only by memory bandwidth and can hit several billion events per second.

Started back in 2012, with its roots in StreamInsight, the in-memory streaming analytics engine is modestly described by Microsoft as having no equivalent in today's developer community. By open-sourcing the thing, the team at Redmond hopes that Trill "will provide a strong foundation for streaming or temporal processing for current and future open-source offerings."

And of course, working in Trill is the same as working with any .NET library so, as Microsoft observes, "there is no need to leave the .NET environment".

So come on in, the water's lovely.

Still licking its wounds from a collective effort by Microsoft to shove its layout engine into obscurity, the Mozilla Foundation nudged version 64 out into the open.

Windows 10 users will be pleased to see the arrival of native sharing in this release, something that the vanishingly small cadre of Microsoft Edge users have enjoyed for some time. Lurking within a pop-up menu, the Share option shows the native Windows 10 share window, replete with contacts to send the link to, apps to open the link with or even the option to fling the link at nearby devices.

As well as better native Windows 10 support, the update also includes the arrival of multi-tab selection (achieved with ctrl+shift), which feels a tad awkward in use, certainly when compared to Chrome’s implementation and also the ability to see which tabs are burning the most energy. ®