This time it's an auditor who literally can't say no 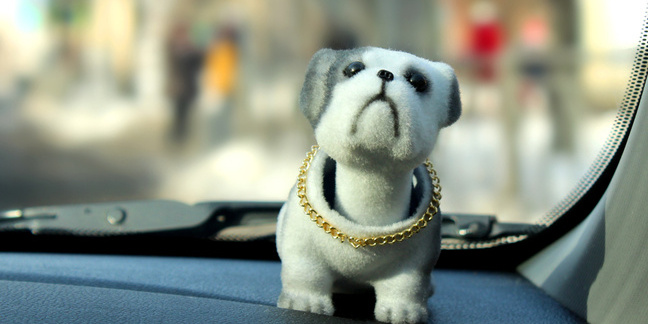 El Reg deep dive: Everything you need to know about UK.gov's pr0n block

Under the plans, people will be forced to hand over credit card details or scans of government-issued ID papers in order to look at pictures and videos of nookie-related activities.

It did, however, go on to state that the Conservative government's plans do not "assess the costs to pornography providers resulting from the proposal" – in spite of requiring them to install and/or subscribe to age verification software, and noting that reconfiguring the British Board of Film Classification (BBFC) to regulate online age verification software will cost around £4.45m.

"The [Home Office] provides no evidence or explanation for its assumption that 'from 1 to up to 50' sites per year would be blocked," the RPC continued. "Furthermore, the implications for the cost to ISPs, of the number falling at extremes of the range, or outside it (ie, more than 50), are not explained."

The RPC was originally set up a decade ago to help cut red tape by independently checking government estimates of how much complying with new laws and regulations would cost the private sector. However, in its 2015 annual report (PDF on page 38 of 52 pages) the RPC confessed that government changes to its rules meant that its fit-for-purpose ratings could "send a misleading signal as to the overall robustness of the quality of the impact assessment".

In plain English, a "fit for purpose" rating from the RPC may not actually mean that the impact assessment is, er, fit for purpose.

Though many people inside and outside Parliament have condemned age verification for all the obvious reasons of privacy, security and state overreach, nobody in a position to halt them bothered to do so. The House of Lords nodded them through in December and the law is expected to be on the statute book by Easter this year. ®

Updated Ministry of Fun admits it forgot to tell the EU

Let 15 July forever be known as P-Day: When UK's smut fans started being asked for their age

You have three months left of unfettered self-love to enjoy

Age checks for online pr0n? I've never heard of it but it sounds like a good idea – survey