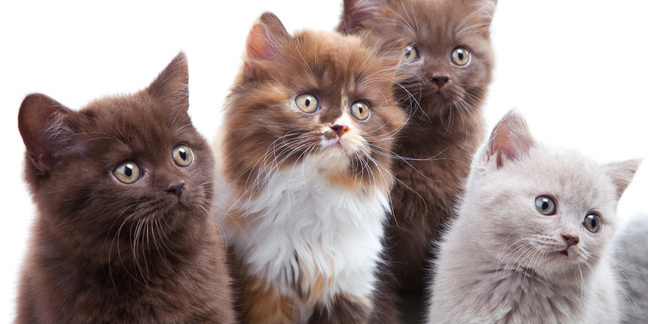 What has been seen cannot be unseen

Singaporean border officials were taken aback at just how happy one gent was to see them – particularly when the bulge in his trousers started mewling.

Further inspection of the man's drawers revealed that not only was he excited to cross the border from Malaysia, but his package was also packing a full complement of kittens.

Four in fact. The smuggler must have been sweating bullets at the checkpoint as his cuddly contraband flexed their claws.

The Immigration and Checkpoints Authority relayed the encounter on Facebook, quipping: "Trying to get past fur-midable officers? Impawsible." And I just threw up in my mouth a bit.

The chap now faces a maximum $10,000 fine, a year behind bars, or both under Singapore's Animals and Birds Act, due to the risk of exotic diseases brought in by unregistered animals. ®

Dyspeptic hyperscalers belch: We couldn't eat another bite for now, thanks

It's all about expectation violation