New British drone laws being introduced in the wake of the London Gatwick airport drone fiasco will give police greater powers – but would not have stopped the chaos that shut the airport down for days during peak holiday season.

Announced in Parliament yesterday, the new powers (implementation date TBC) will allow PC Plod and friends to hand out on-the-spot fines to naughty drone pilots. They will be passed into law as amendments to the Air Navigation Order.

The rules have come about as part of a government response to an earlier public consultation, rather than as a specific response to the Gatwick Christmas chaos.

In addition, drone operators will be banned from flying within 2.5 nautical miles/4.63km* of licensed aerodromes, as well as in a 5km "stripe" centred on the end of each runway. For a single-runway airport such as London Gatwick, the resulting no-fly zone looks like a London Underground roundel. 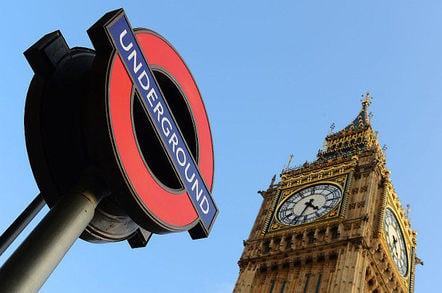 Imagine the aerodrome is in the centre of the red-and-blue roundel, which has a radius of 2.5nm (4.63km). The blue bars covering the runway for 5km either side of its ends. All that area is now prohibited for small drones to fly in without air traffic control's permission

The 2.5nm radius ban stems from the government's plan to prohibit drones from flying within the air traffic zone (ATZ) of a licensed aerodrome. These normally extend 2.5 nautical miles wide and 2,000ft high from the aerodrome reference point, a precise spot usually located in the middle of the biggest runway. ATZs are the part of the sky where pilots must talk to the local air traffic controller for permission to pass through or land.

Drone operators must also register with the government by November 2019. A database is to be set up to record operators' details.

Broadly speaking, it's not too bad

"We are pleased to see that the new rectangular restriction zones around airport runway approach paths address the risk at airports in a way similar to the latest version of DJI's geofencing technology," said Christian Struwe, Chinese dronemaker DJI's EMEA head of policy. "This will provide smarter protection for airplanes in critical areas during takeoff and landing and is in line with established aviation practices."

Police will also have the power to order drone pilots to land their craft on request and hand over information such as names, addresses, insurance details and copies of licences. These powers are backed up by the threat of on-the-spot fines of around £100. Cops will also be able to search drone lawbreakers' homes to seize both craft and components, with a warrant.

The licensed drone community, however, is fearful about the plans and sees them as a potential nail in the coffin. Ian Povey of Clear Vision Security told The Register: "No-fly zones are practically impossible to implement or police, and if a drone enters them then the incursion will still cause disruption to the airport."

This reflects the bizarre situation which erupted at Gatwick immediately before Christmas, where numerous reported drone sightings caused the airport to be closed for days. Bungling Sussex Police arrested a local drone enthusiast and his partner, holding the two for almost a full day despite multiple people coming forward with solid alibis. They were later released when red-faced cops confessed that they had no evidence linking the two with the drone disruption other than a tip-off from an apparently aggrieved neighbour. So far nobody else has been identified or arrested over the shutdown.

Crucially, all the reported sightings of drones near Gatwick airport were within the current 1km no-fly zone, meaning they broke the law anyway. These new laws, while probably making the skies a little safer for manned aviation, would not prevent a new Gatwick scenario on their own.

Ian Hudson of UAVhive added: "One positive from the consultation is the FPN fines are capped at £100 rather than £300 [as originally proposed] which it was widely felt was disproportionate. It's suggested the police may have discretion and may issue a warning first."

The government's Drones Bill is still stuck in the Parliamentary works thanks to the impending exit of the UK from the European Union. These laws could reasonably have been included in the Bill but it is easier to amend the Air Navigation Order by order rather than trying to get them through a Parliament consumed by Brexit. ®

China and Russia measure heights in metres up to transition altitude. That varies from day to day depending on barometric pressure, which itself is measured in inches of mercury in America and hectopascals in Europe. Above transition height they switch to flight levels measured in thousands of feet but which are occasionally expressed in metres, requiring an on-the-fly conversion.

The International Civil Aviation Organisation (ICAO) does state that the official units are meant to be metric but reality is very different.

Standardisation? They've heard of it.