And we're only halfway through the week

Yes, lots of new laptops and TVs that are a little bit more powerful and slightly shinier than last year but with a higher price tag. If that doesn't sound exciting, it's because it's not.

Which is why CES always makes room for products that delight and amaze and sometimes appall. Yes, it's The Reg rundown of ridiculous CES tech.

Rocky beat your heart out

First up: the BotBoxer, a "high-tech training machine for combat sports designed to be your personal sparring partner." Or, in other words, a small punch bag on a stick that moves around randomly.

The BotBoxer includes things called "sensors" and that means it knows stuff. And it has artificial intelligence in it which means it is awesome no matter what. The company claims that the little bag will "recognize and escape your strikes, swelling both strength and velocity of your punches."

Amid the nonsense, there are some legit announcements. We've heard from Huawei, Nvidia and Intel, and others already, now it's AMD's turn.

The chip biz announced the world's first 7nm gaming GPU, the Radeon VII, due out in February, and teased third-generation Ryzen desktop processors, using the Zen 2 architecture, with eight or more cores, due out mid-2019.

And its website has lots of trainers and boxers talking about how incredible and fast this thing is. It may be the future of boxing. Until that is you see it in action. At which point the image of random flying sparring machines from Edge of Tomorrow dissipates into more of a C-3PO stumbler.

You can't get that close to it because of the huge base attached to the small punch bag, and it can't really move very far on one of the axes. But it does judder about a bit when you hit it, which makes it marginally harder to hit the next time… although it doesn't actually move around and it doesn't hit back so it's basically a jittery punchbag.

Which costs $20,000. So you have a choice: Hire a professional boxing coach for an extended period or get a little punch bag that's had too much coffee. We don't see BotBoxer going much further without some radical improvements and even then, why not just spar with another human?

No one likes ironing. And, if you travel a lot, no doubt you will already know about the old trick of hanging up your clothes in the hotel bathroom while you take a shower to get rid of wrinkles and creases.

But some bright sparks realized you didn't need to go to all this trouble when you can simply add a shower to your home closet. That's right LG Electronics is showcasing the future of clothes storage: a sealed closet that pumps steam in below which rises up to your clothes carefully positioned on a vibrating hanger.

We can confidently predict that every single house in America will have a steamer closet by the end of 2020 and we'll all wonder how on earth we ever lived without them. After all, there is literally nothing that could go wrong with putting your clothing in a sealed damp container and shaking it about occasionally, as everyone who has ever forgotten about their gym clothes in the bottom of the bag, or who has had a child, can attest.

We don't know how much this steamer closet will cost but it will be worth every cent. Just put in your least favorite clothes and before you know it they will look brand new… because you had to replace them.

The sex toy won a CES innovation award for its product which, according to its CEO, "mimics all of the sensations of a human mouth, tongue, and fingers, for an experience that feels just like a real partner." It's hands-free apparently.

But despite having been informed it had won an award, one month later and just before the show started, the company was told it was being rescinded and they wouldn't even be allowed to show the device at CES.

Adding insult to injury, when asked the reason for the award being pulled, CES gave the following reason: "Entries deemed by CTA in their sole discretion to be immoral, obscene, indecent, profane or not in keeping with CTA’s image will be disqualified." 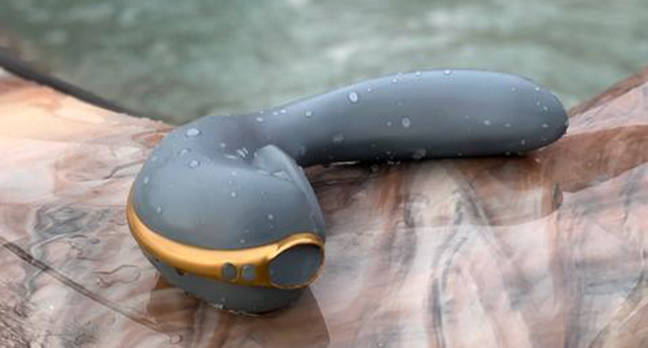 There were some flying cars in Vegas too.

This year CES has something that would no doubt have delighted the late, great Lester Haines, who would often use review the latest tech on the Register's pages only to opine "where's my fucking flying car?"

Well, it's in Vegas. Sort of. We've previously covered the Volocopter when it turned up at an Intel conference last May. Well, this time aerospace company Bell has a similar prototype: The 6,000-pound Nexus air taxi that it says can do 150 miles per hour and cover a 150-mile range.

Bell doesn't say it will actually work (the folks at Volocopter swear that theirs does). But it's some fun future tech to think about. The barriers in the way are pretty big. The most significant being regulations – there remain very strict rules around flying huge chunks of metal around in the air as they have a tendency to drop to the ground and injure both occupants and passers-by..

But also, all these new-fangled air taxi companies are selling the idea of these things being autonomous – they pick you up and fly you to where you want to be automatically. Which, as anyone following Uber, or Waymo, or any of the self-driving cars will tell you, is a fairly terrifying prospect.

So, nice idea, but flying cars are still some way off. 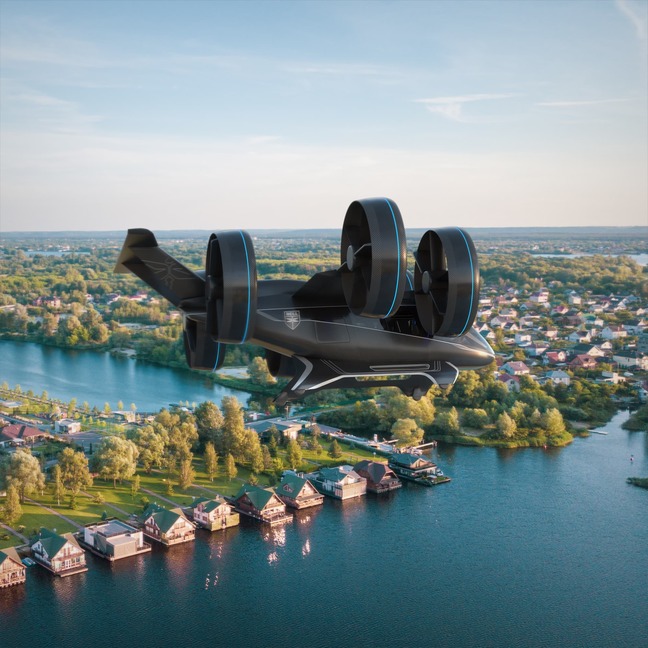 There was a treadmill that claimed it would also power your home. It won't because that's not how electricity works.

There's a motorcycle that drives itself around. Which is great because it means that you won't have to lose your limbs when you inevitably come off it.

There's a TV that rolls up into a box and so takes up less space… wait, what? Yes, according to LG, the long-hyped concept of a TV screen that is so flexible it can be rolled up is actually going to become a reality this year.

Yup, this new @LGUS TV can roll itself up like a yoga mat 👇https://t.co/YmkKQMz5cY pic.twitter.com/dFHPXGolDS

The LG R9 was showcased last year like so many other concepts but the company swears it will actually sell it in 2019. It contains a 65-inch screen that is incredibly thin and rolls and unrolls into its own container that looks like a long, narrow entryway table and contains a 100-watt speaker.

It will out in the second half of 2019 although there's no price tag yet, which means it will be so expensive that only silly rich people will buy it. We just can't help but wonder how long the screen would last in a pristine state.

Projectors screens will go for years being rolled and unrolled but then they are just material – add a very thin layer of delicate electronics across it and it's only a matter of time before you start getting weird screen effects.

Still, cool though. Which clearly separates it from the dull-but-worthy laptops, the terrible boxing kits, the mold-inducing clothes rack, and the immoral vagina-stimulator. ®