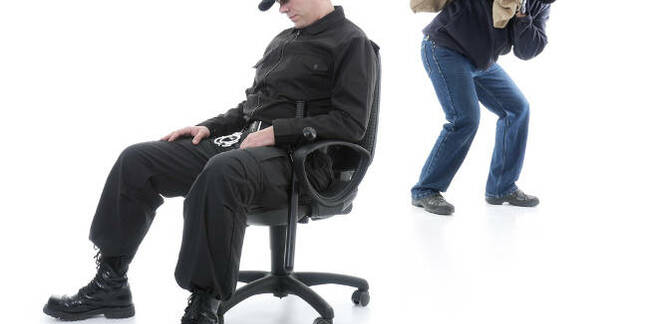 With the partial US government shutdown showing no signs of letting up any time soon, senators are pressing treasury and tax officials on cybersecurity.

Ron Wyden (D-OR), the ranking member on the Senate's Committee on Finance, on Friday wrote to Treasury Secretary Steve Mnuchin and IRS Commissioner Charles Rettig asking for a report detailing how the US tax authority plans to deal with the shutdown and, in particular, what they are doing to prevent personal information and tax refund falling into the wrong hands.

Of special concern to the Senator was prospect of taxpayer identity theft, a crime in which a crook uses stolen information, such as names and social security numbers, to file fake tax returns on behalf of a victim, pocketing the refunds in the process.

Stopping tax ID fraud has been a major priority for the IRS in recent months, but with employees either furloughed or facing the prospect of having to work sans paycheck, the committee is worried fraudsters and hackers will take advantage of reduced staffing levels to target IRS databases.

"Is there increased risk of taxpayer ID theft if IRS tries to maintain normal operations during a shutdown?" asked Wyden in his letter [PDF].

"For example, if IRS is working with a skeleton staff as a result of the shutdown, is there an elevated risk that cyber criminals filing fraudulent returns with stolen taxpayer identities will be able to steal taxpayers' refunds? Will IRS be able to detect, let alone thwart, these fraudulent attempts?"

The letter also notes a number of taxpayers stand to fall through the cracks of bureaucracy without a fully staffed IRS, and could be left unable to pay back taxes or handle audits. Without communication from the IRS, those people could be more likely to fall victim to scammers or predatory tax accountants.

"How will the IRS alleviate the concerns of taxpayers who have responded to collection and audit notices but, due to the shutdown, not received any notification from the IRS?" Wyden asked.

"Further, how will the IRS adjust the deadlines imposed on taxpayers for responding to collection and audit notices, to ensure taxpayers are not penalized only because the shutdown is preventing the IRS from processing their responses?"

And because this is America in 2019, Wyden would not let the letter wrap up without issuing a shot at the Trump administration for its handling of the shutdown so far.

"I certainly appreciate that IRS and Treasury are scrambling to develop a contingency plan that may help millions of Americans to eventually receive their tax refunds," the Senator writes.

"However, I would be remiss if I did not point out one obvious fact - that this entire tax filing season fiasco, putting so many millions of American taxpayers at financial risk, could have been avoided had the President kept the government open by simply signing the bipartisan continuing resolution that the Senate passed by voice vote, without a single Senator objecting, at the end of last year." ®