German competition watchdog toys with ban on some Facebook data-slurps 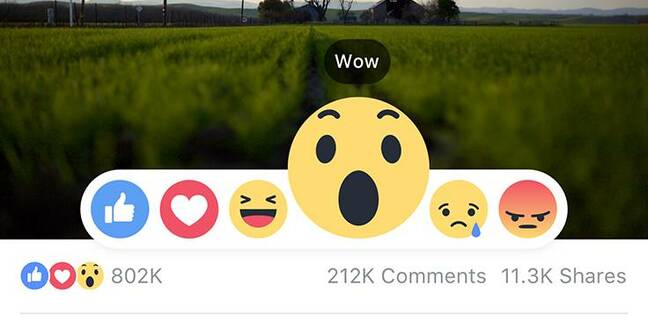 The German paper Bild am Sonntag revealed the Bundeskartellamt (Federal Cartel Office) is to hand down its final ruling in a long-running inquiry into the Social Network's data-slurping.

A preliminary ruling from the watchdog in 2017 accused Facebook of abusing its market dominance to "limitlessly amass every kind of data" on its users.

Unbelievably - given last year's scandal - the Bundeskartellamt said that some Facebook users still aren't aware that information is gathered on them, nor that this happens even when they visit a site but don't press the "Like" button.

According to the national paper, the German watchdog could move to ban some of this data collection. However, it said the order might take the form of a deadline, rather than a call for immediate changes. If Facebook doesn't comply, ultimately the watchdog has the power to issue multi-million-Euro fines.

In a statement, a Facebook mouthpiece reiterated the company's disagreement with the Bundeskartellamt's views of its activities, claiming it was "conflating" data protection and antitrust laws.

"Since 2016, we have been in regular contact with the Bundeskartellamt and have responded to their requests. As we outlined publicly in 2017, we disagree with their views and the conflation of data protection laws and antitrust laws, and will continue to defend our position."

Facebook has also disputed the idea it has a monopoly in social media, with boss Mark Zuckerberg saying last year that it “feels like new competitors are coming up every day” – though he was unable to name a single, direct rival.

This wrangle with the German regulator may not be the end of competition complaints against Facebook.

Growing concerns about Facebook's wealth of data and its grasp on the social media market – especially in light of buy-outs of nascent potential competitors Instagram and WhatsApp – have seen calls for greater regulation and discussion of whether, and how, to break Facebook up in both Europe and the US.

The chair of the UK's digital committee last year called for competition authorities to investigate how Facebook decides who gets to access its information, after reports it gave more than 150 companies special access to user data.

"Given the dominant market position they [Facebook] enjoy in social media, this gives real concerns about whether they are behaving as a monopoly, exercising their considerable power to further dominate the commercial environment in which they trade; making some businesses, and breaking others in the process," said Damian Collins.

Further concerns about Facebook's approach to competition were raised in the cache of documents published by Collins' committee that showed Zuckerberg giving the go-ahead for the company to shut down Twitter's access to the Friends API after it launched video service Vine. ®